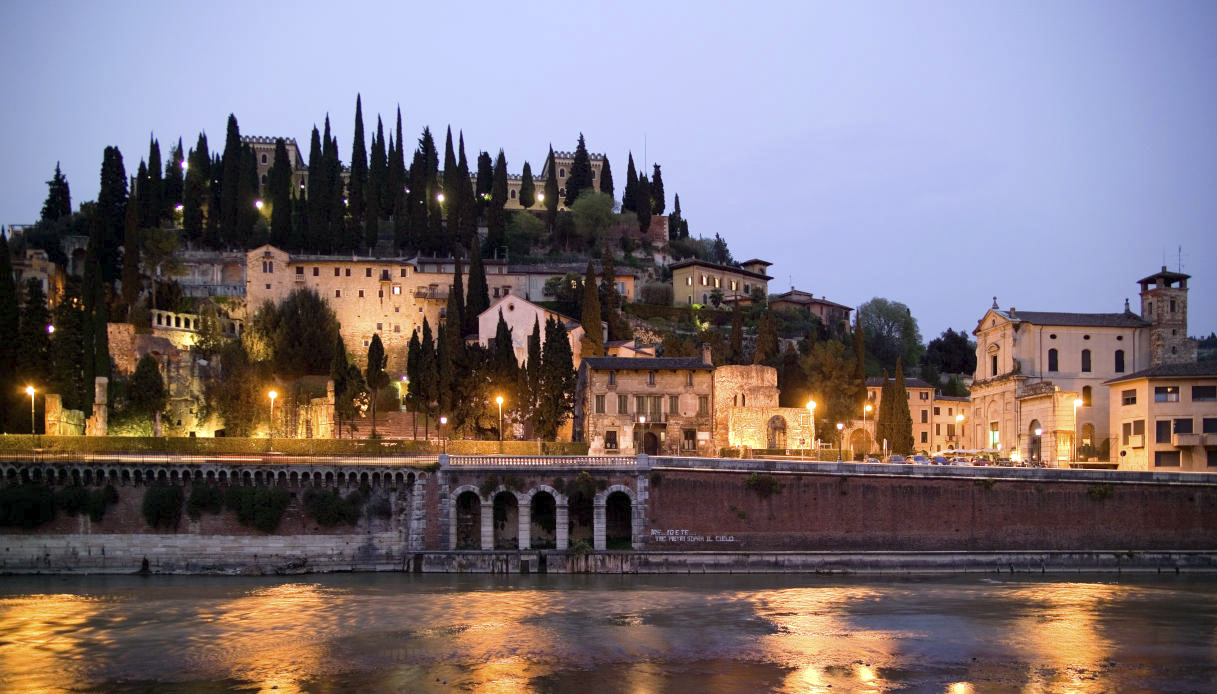 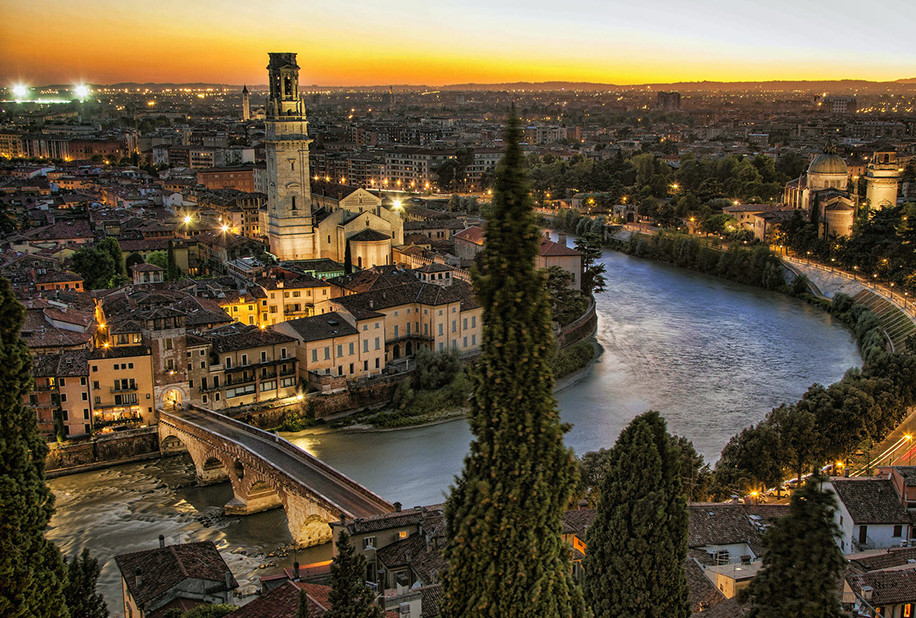 The area of ​​San Pietro hill is the area of ​​the first human settlements in the Verona area. After the foundation of the Roman city in the flat area, it was used for the construction of public and religious buildings: the theatre and the Odeon along the hilly slopes overlooking the river and a temple at its top. In the Odeon Teodorico area, he built his palace and not far away, in the valley to the east of the hill, a fortified castrum that perhaps also included the fortification of the upper part of the hill. This fortification was reinforced during the Scala period in part because it was interested in the expansion of the city walls, which was taking place between the end of the XIII and beginning of the XIV century. Further consolidation of the castle by Cangrande II is also hypothesized during the convulsive and violent final stages of the lordship, in conjunction with the construction of the fortress of Castelvecchio.
During the Visconti domination of the end of the XIV century, the fortress on the San Pietro hill was rebuilt cancelling the previous phases. During the Venetian period, the Visconteo castle became the seat of the military commander and accommodation for the garrison stationed in Verona. In 1801 the French almost destroyed the castle. The building that today dominates Verona dates back to the fifties of the nineteenth century when the Austrians decided to build a barracks on the foundations of the side of the castle facing the city.
From the terrace of Castel San Pietro, that you can reach also with a cable car, you can enjoy a beautiful view of Verona. 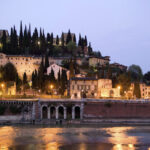 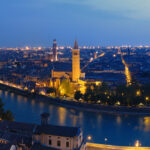 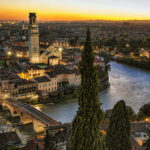