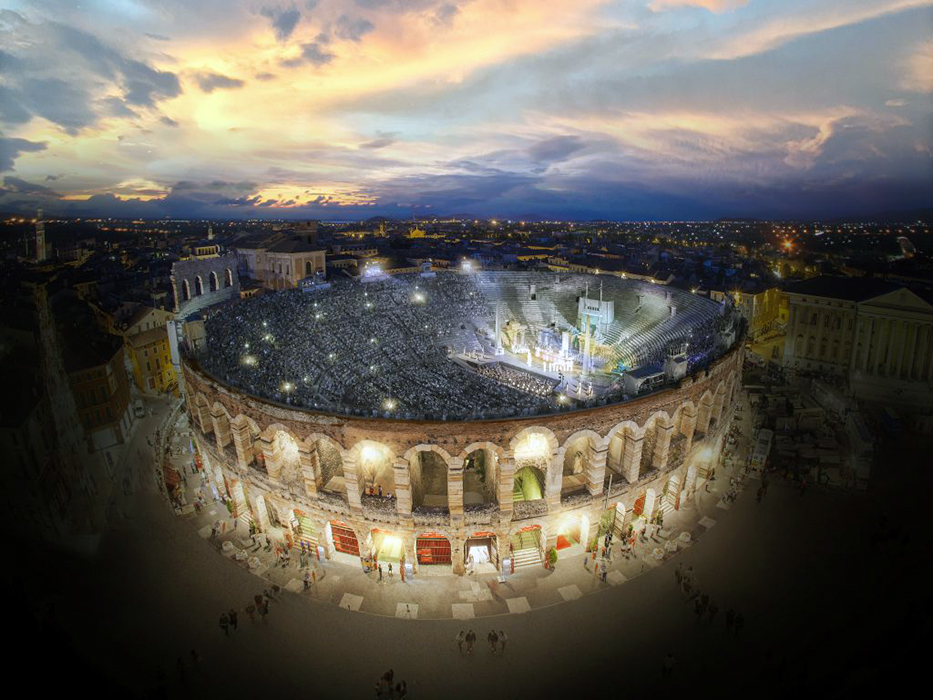 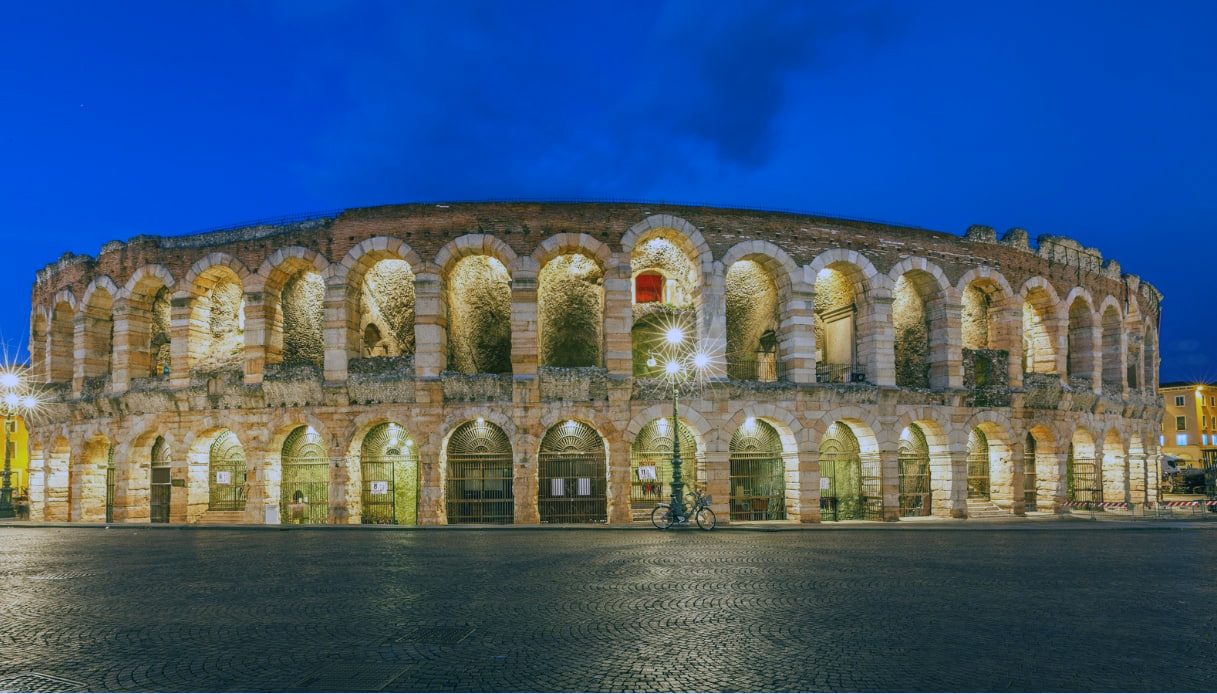 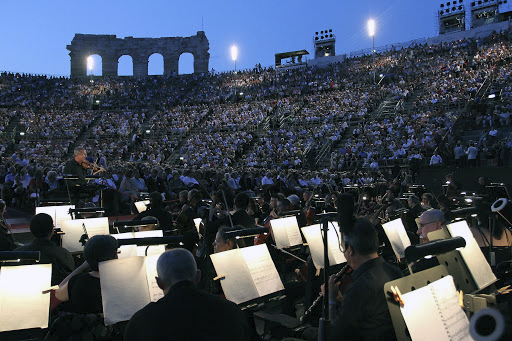 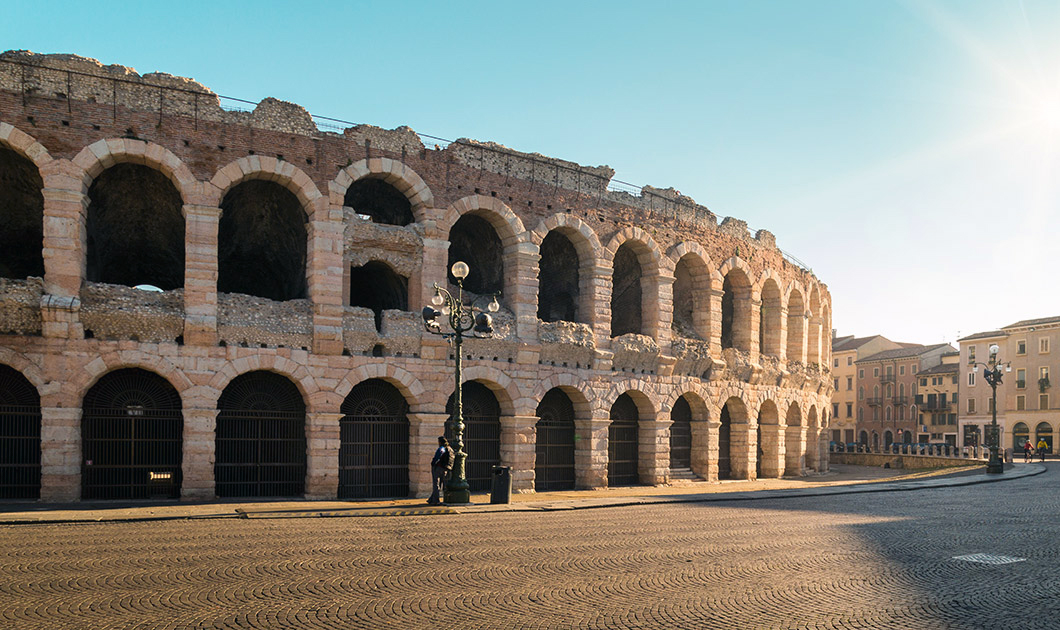 The Arena of Verona is a Roman amphitheatre built between the end of the reign of Augustus and the beginning of that of Claudius outside the city, about seventy meters from the Roman city walls. The Roman fortified urban layout of Verona must be attributed to the late Republican period, probably after obtaining the status of municipium of 49 BC. That was a fairly convulsive period in Roman history and the construction of an amphitheatre was probably not considered necessary. A need that instead could have been more felt in a period of peace: and this goes well with the dating of the Arena of Verona in the first three decades of the first century AD. In those years the city had reached a large number of inhabitants, making it impossible to build them inside the walls. In the following years, the proximity of a building that overlooked the height of the walls was a cause of concern for those who wanted to defend themselves in the city. So much so that when in 69 AD Vespasiano, fighting with Vitellio for the control of the empire, decided to position himself in Verona found himself forced to build a further defensive wall well beyond the Arena by opening the channel called Adigetto which in the Communal era would become the moat along which the walls.

Then Emperor Gallienus in 265, given the threat of the Alemanni and the importance that Verona had in the Roman road system, found himself forced to undergo a major restoration of the walls and an enlargement of about 600 meters such as to also include the Arena in the defensive system. Remains of this addition are visible in Piazzetta Mura di Gallienus on the north-eastern side of the amphitheatre. On that occasion, Gallienus also fortified the area north of the Adige near the theatre to protect the two bridges that crossed the river at the time.

If the interior of the Arena of Verona has been well preserved, the same cannot be said of the external facade of which, of the original 72, only a small part consisting of 4 arches has been preserved, in three overlapping orders. In all likelihood, various events led to the disappearance of the outer ring. In the Roman barbaric era, the building, having lost its playful function, was lowered so as not to overpower the walls and used as a quarry. Proof of this is the discovery of a fragment showing the sector number LXIII inside the remains of the walls that Theodoric had built, at the beginning of the 6th century, flanked externally to the old wall restored and enlarged by Gallienus that on the same occasion was raised. Although in the drawing depicting the city of Verona contained in the Raterian iconography, an eighteenth-century copy of a medieval code that was then lost, dating back to Raterio, who was bishop of Verona from 932 to 968, the Arena is represented as still intact. However, it could be an ideal reconstruction. But the worst blow was with the 1117 earthquake which caused extensive damage throughout the city.

Although during the Middle Ages the cavea was still used for some playful events but also for bloody events, such as public executions, it was above all a quarry of stone material for the construction or restoration of city buildings. But already under the Scaligeri, and then during the Venetian government, people began to be aware of the importance of the monument, either for its historical value or because it was considered a city symbol. The Scaliger and Venetian statutes include articles drawn up for the defence and maintenance of the monument.

from the 15th to the 18th century, the Arena became a topic of study and rediscovery and consequently, restoration and restoration interventions of the structure and tiers were organized. It became a place of knightly jousting, of theatrical performances until it was consecrated in the twentieth century as the largest open-air opera house in the world. 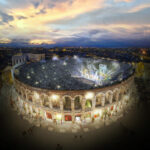 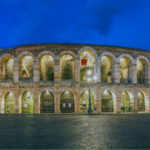 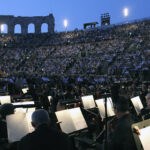 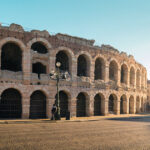