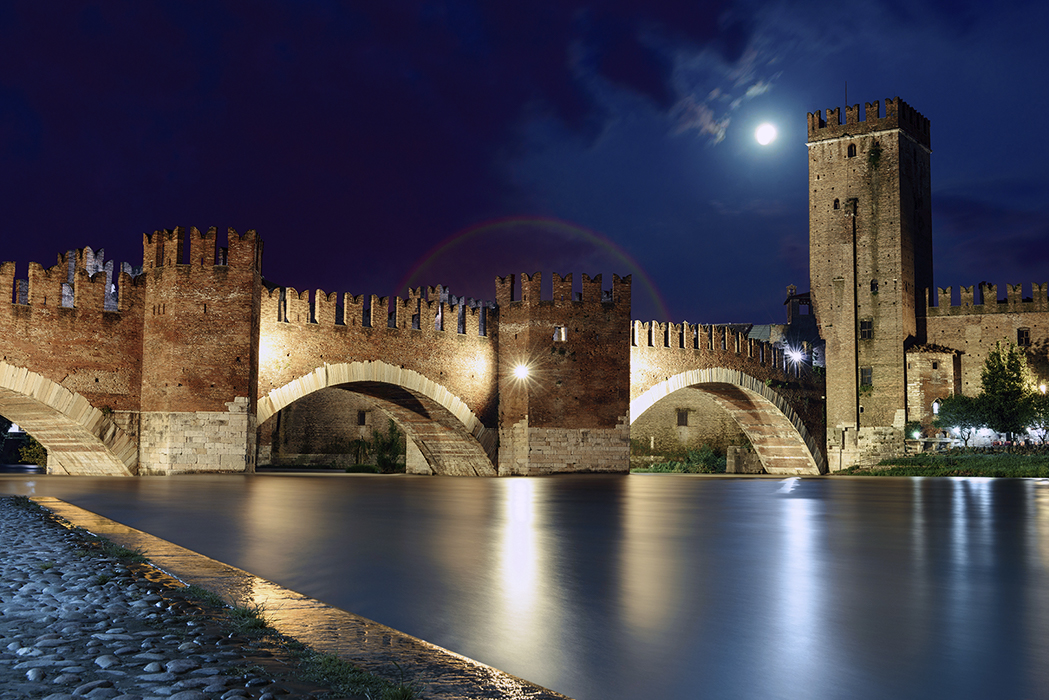 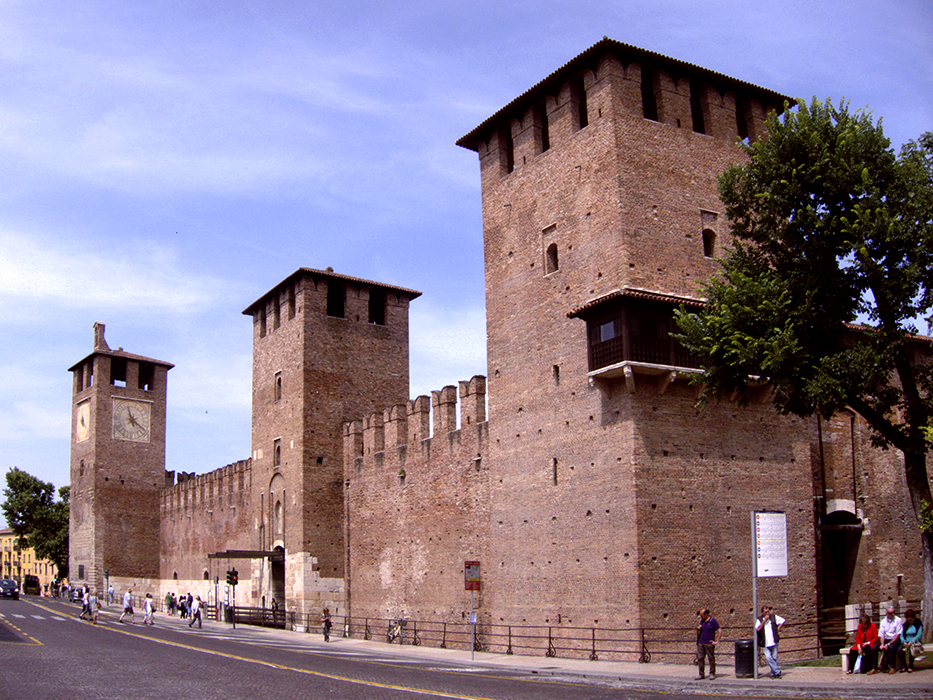 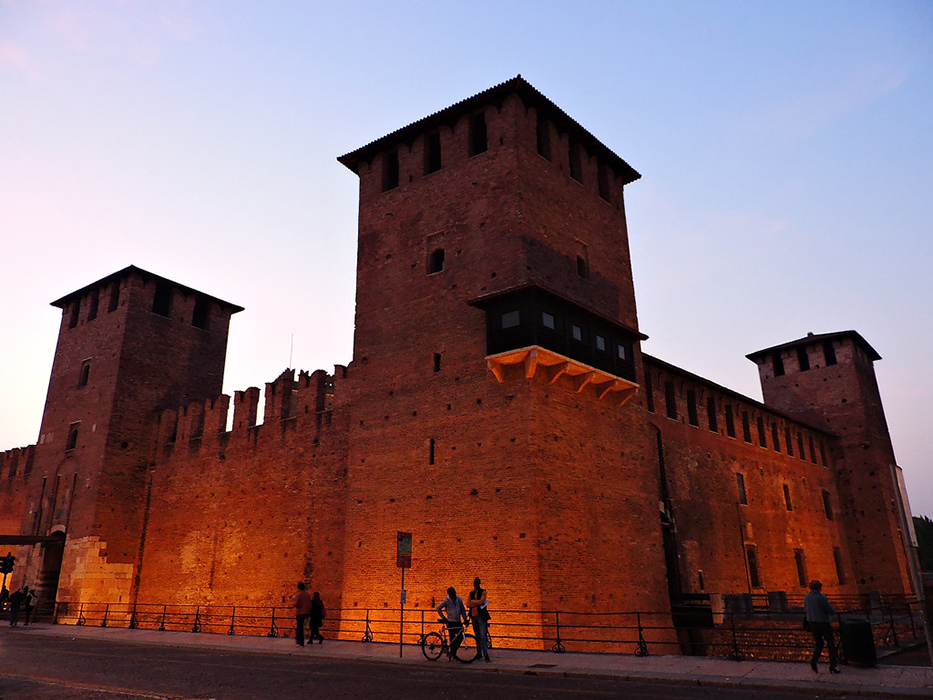 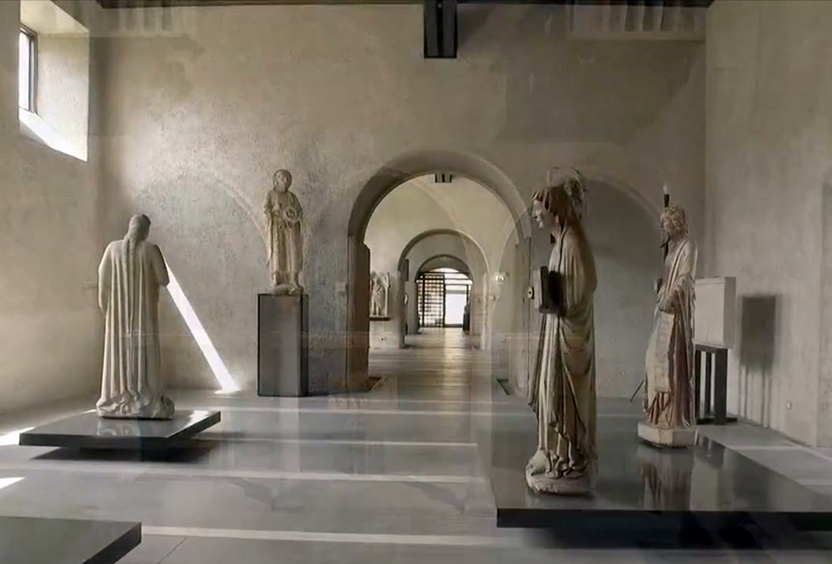 The construction of the fortified complex of Castelvecchio began in 1354 on the order of Cangrande II della Scala, originally the name was Castello di San Martino in Aquaro and took the name of Castel Vecchio (Old Castle) when the Visconti of Milan, after conquering Verona at the end of XIV century, had erected the castles of San Pietro and San Felice. The castle was built to strengthen the defences of the south-western corner of the city but also to give a fortified seat to the lord of Verona given the not very favourable internal political situation. The building straddles the old city wall near the city gates under the Gavi arch. Between the city walls and the Adigetto canal were obtained the courtyard of the palace with the Scaliger residence and the central courtyard with the keep, that was an observation and a defence point connected with the left bank of the Adige through the construction of a fortified bridge with three arches. To the north of the city walls, the large arms court was built for the quartering of troops.
During the Visconti domination, it became an urban fortress closely connected with the fortified area of ​​the citadel through a covered road along the city walls which were also equipped with second battlements along the internal side. During the Venetian lordship, the area of ​​the palace first became the headquarters of officials and then the seat of the military college of the military genius, while the area of ​​the arms court was used as a warehouse and powder keg for artillery. During the Napoleonic occupation, the side of the arms court facing the Adige was demolished and rebuilt to obtain covered artillery positions. The Austrians maintained the Napoleonic structure and used Castelvecchio as an urban barracks. The transformation of the barracks into a museum began in 1920. Today’s installation is due to the restoration and transformation that took place from 1958 to 1974 under the direction of the architect Carlo Scarpa. 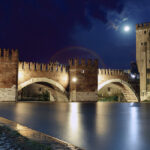 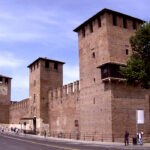 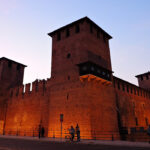 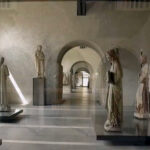