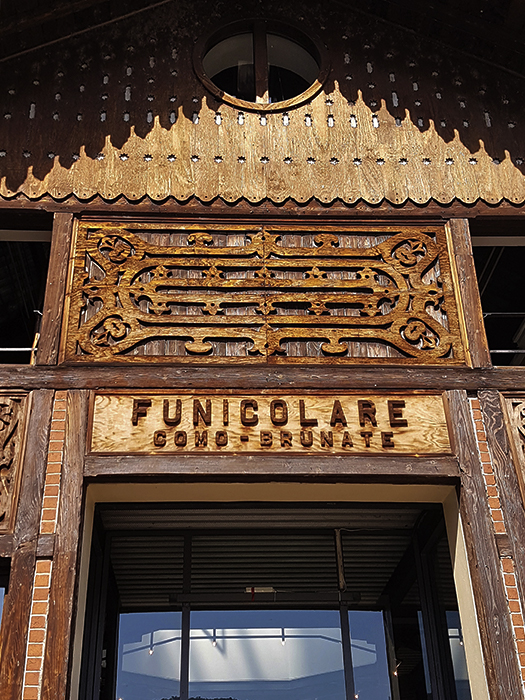 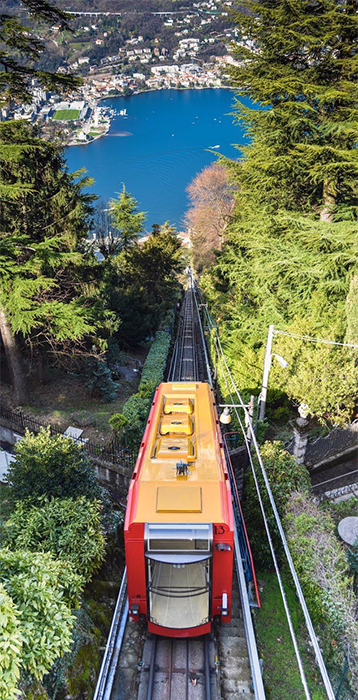 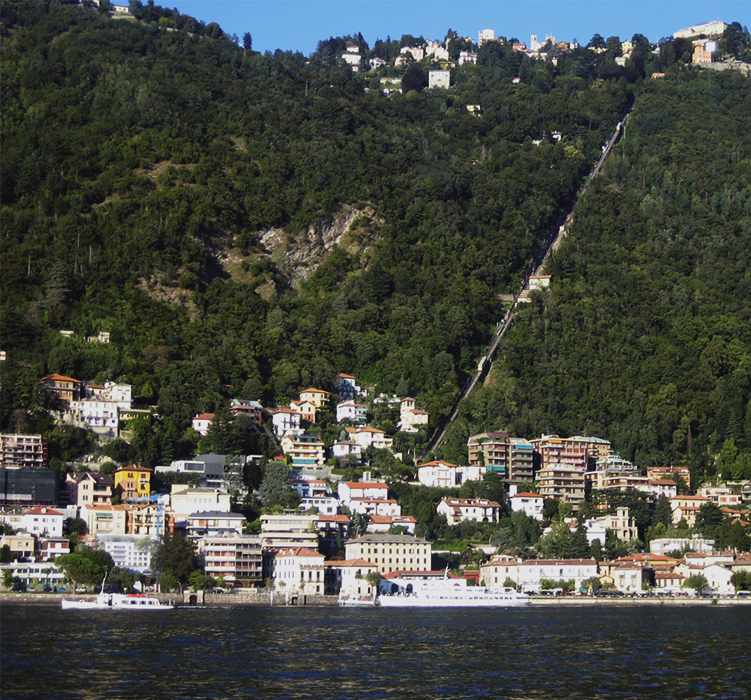 If you are on Lake Como and want to spend an evening enjoying the fresh air and admiring the panorama of the city of Como and the south-western branch of the lake, you can consider the funicular railway that takes you from the shores of the lake to Brunate, where with a few minutes walk, you can reach wonderful panoramic points, such as the Faro Voltiano lighthouse.

The funicular was built on the proposal of the population at the end of the 19th century. The company that would take care of the construction and management was founded in 1891, in 1893 work began which ended with the inauguration on 11th November 1894.
It was powered by steam engines, substituted in 1911 by electric ones, the service was provided by two coaches that could carry 32 people each. The path of about one thousand meters in length, covered in fifteen minutes, overcame a difference in height of about 490 meters via a single track that split in the centre to allow the passage of the two vehicles.

Over the years, the funicular has been renewed several times, both in the route with a slight movement of the mountain station and in the coaches, in 2011 the fully automated vehicles the number 12 and 13 were put into operation.

The ride now lasts seven minutes and the daily service is from 6 am to 10.30 pm and on Saturdays and during the summer the last ride is at midnight. 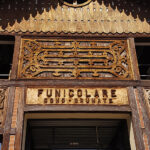 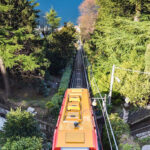 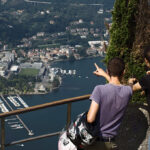 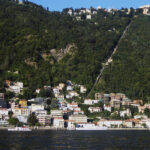