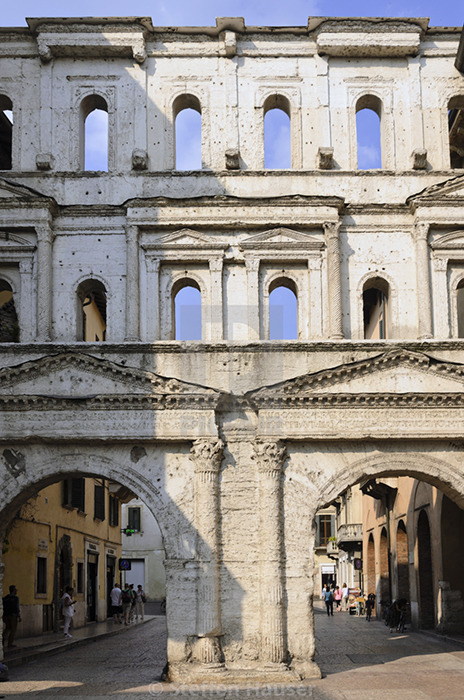 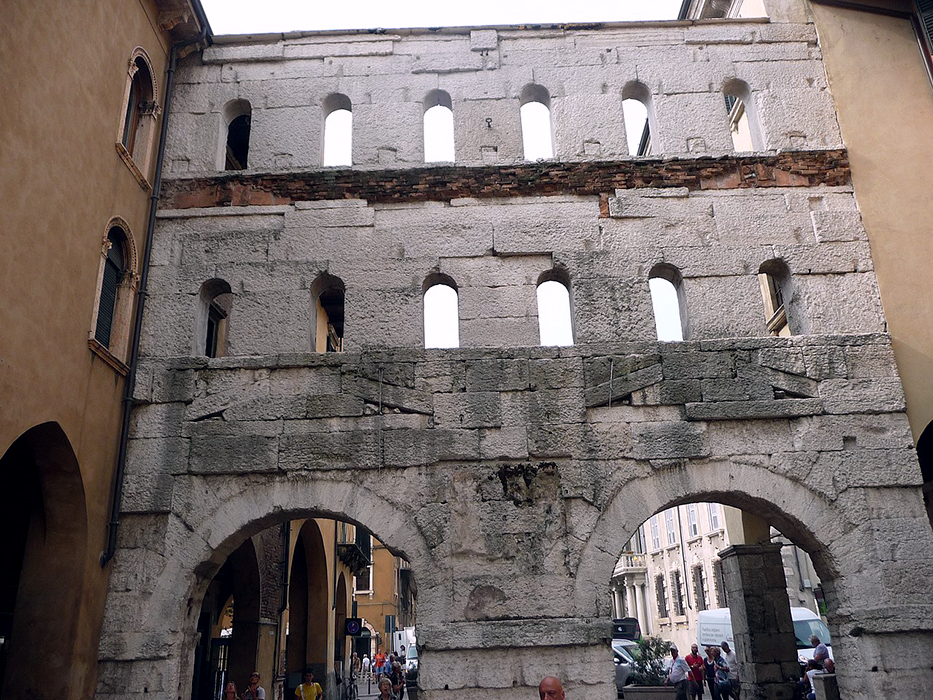 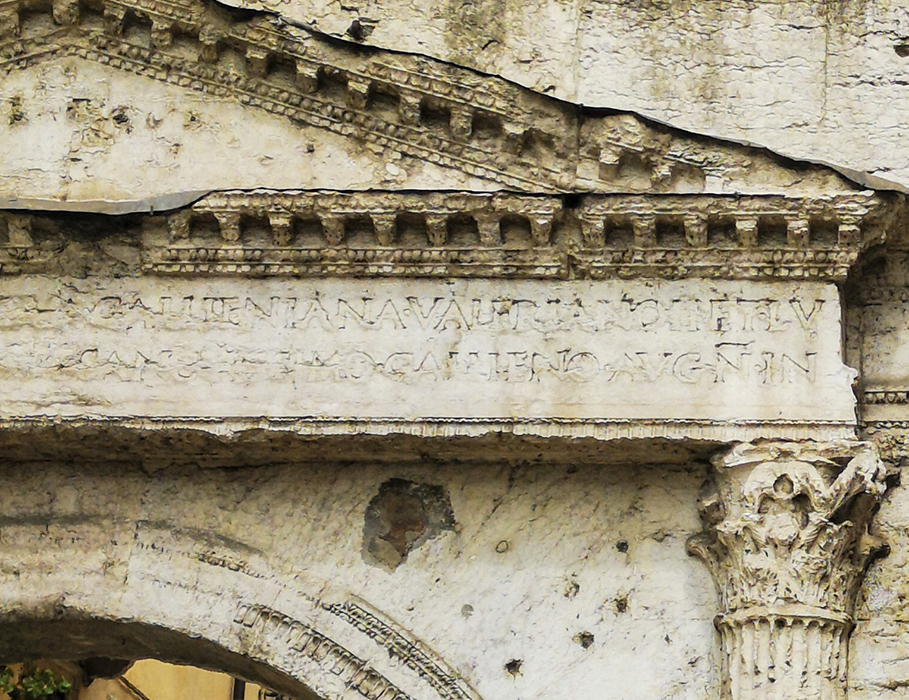 Porta Borsari was built in the second half of the first century BC. in stone and brick and then covered externally by a monumental facade in white stone in the first half of the 1st century AD. The gate, at that time, was like a small fortress with two external towers one on each side of the gate ad a small court to control the people entering the town. The gate, which in Roman times was called Porta Iovia, was the main entrance to the city since via Postumia passed through it. In medieval times, it was called Porta Borsari as it was the place where the city debt collectors (Bursarii precisely) collected duties. On the false architraves of the shrines that frame the two entrance arches, there is the inscription testifying the restoration and enlargement of the walls made by the emperor Gallienus in 265 AD. 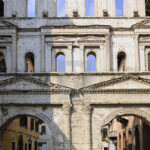 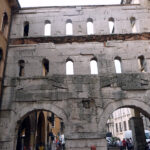 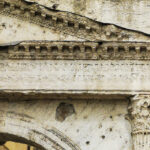 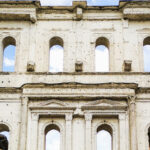