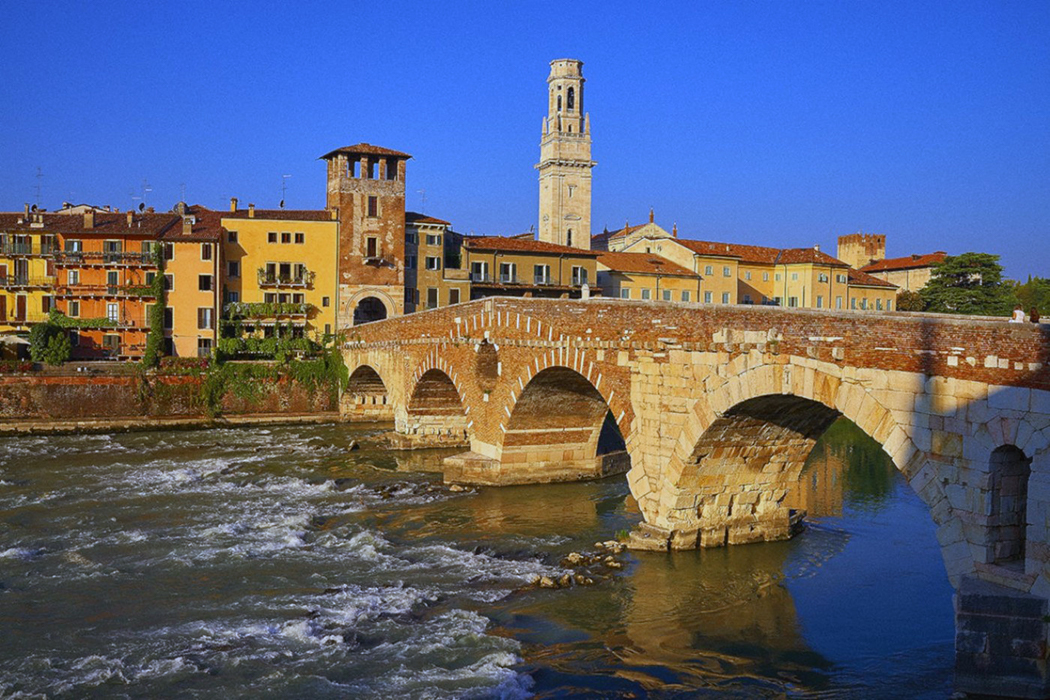 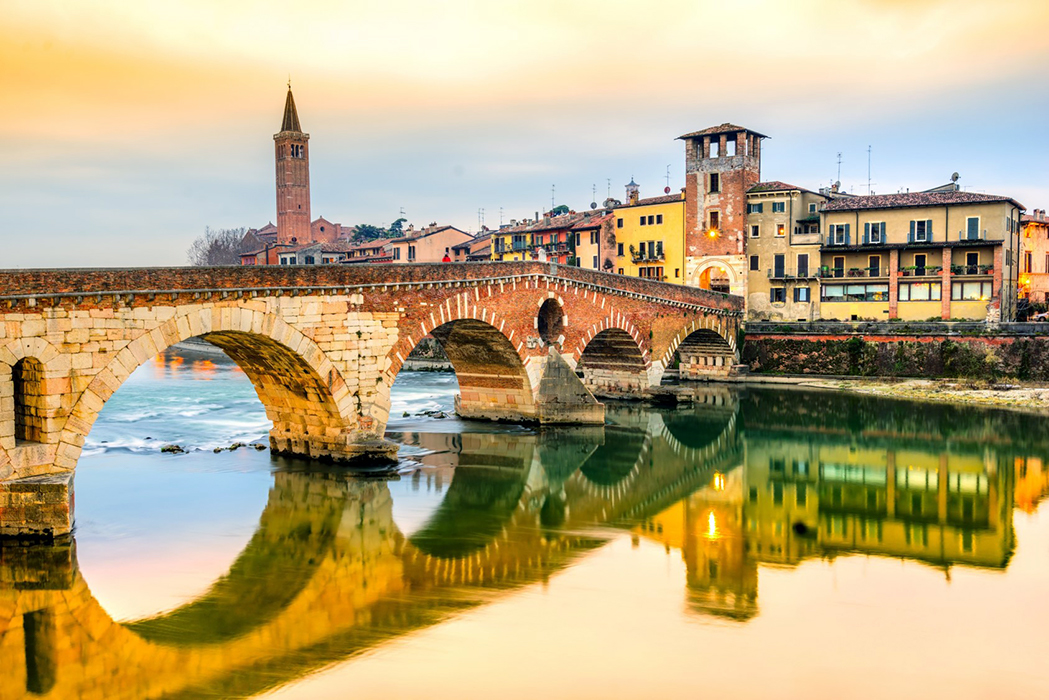 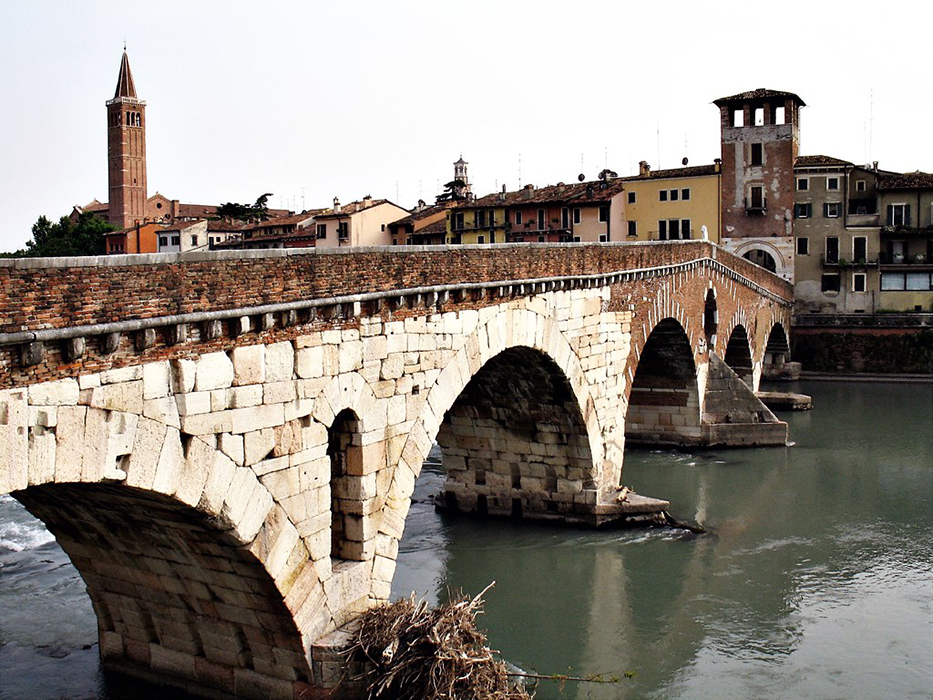 Ponte Pietra is the oldest bridge in Verona. This bridge was built in the 1st century BC at the narrowest point of the course of the Adige where, after the wide bend of the river, the current is less impetuous. The two white stone arches on the side facing the countryside are the remains of the original structure. Via Postumia passed through Ponte Pietra and the fact that the bridge is not aligned with the layout of the Roman roads makes it possible to hypothesize a construction before the transfer of the inhabited area within the Adige loop. Over the centuries the bridge has undergone various collapses, restoration and rebuilding. In the Communal era, a tower was built on the city side which was then reinforced during the government of Alberto della Scala, when the adjacent arch was also rebuilt and a second tower was added on the opposite side. At the beginning of the 16th century, the two central arches that had previously collapsed and were replaced for many years by a wooden structure were rebuilt. The last destruction of Ponte Pietra dates back to World War II when the retreating German army blew it up. It was rebuilt between ’57 and ’59 with both the original material and with additions of recycled material coming from the townhouses destroyed by the bombings, trying to respect the previous structure. A little further down, another bridge was built in late roman republican times, aligned with the decumanus maximus. Of this bridge, called Ponte Marmoreo, it means marble bridge, we have only traces of the foundations, having been already destroyed in medieval times. 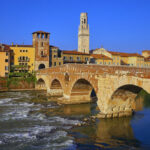 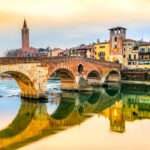 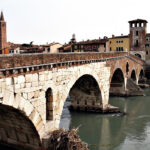