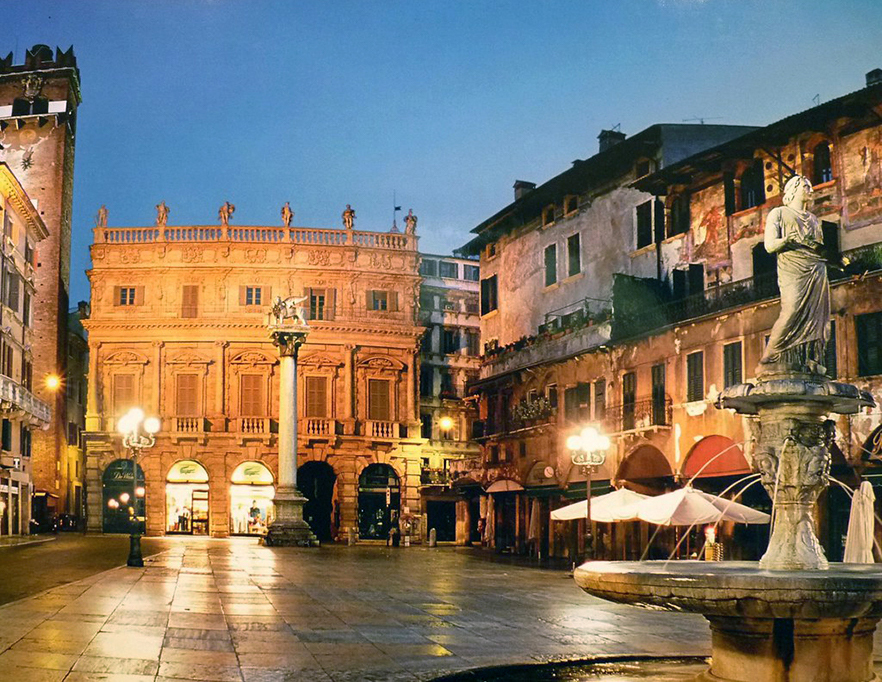 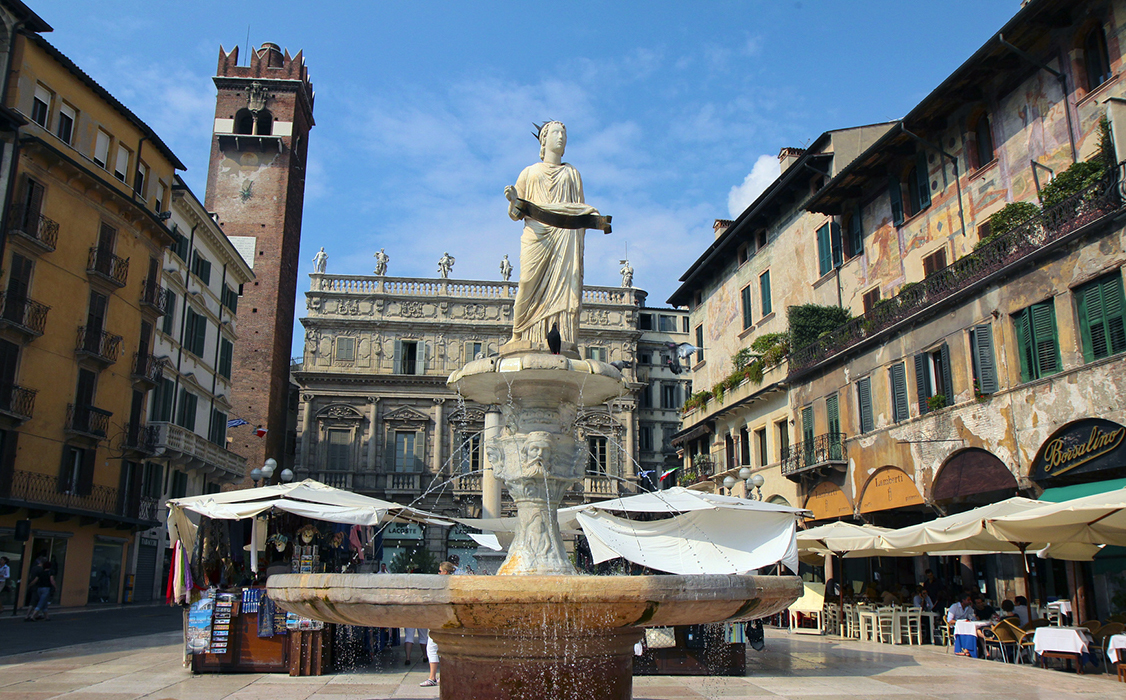 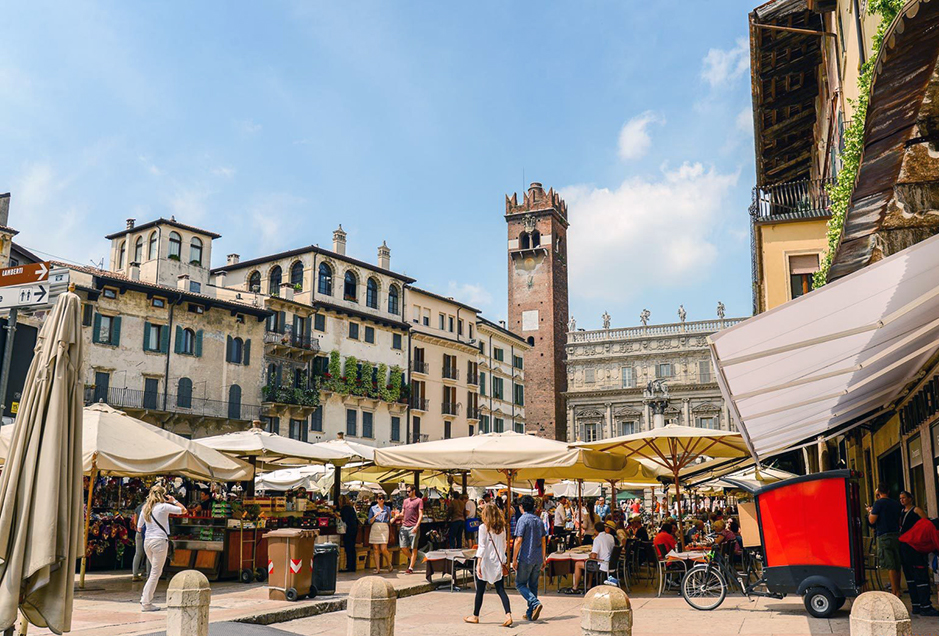 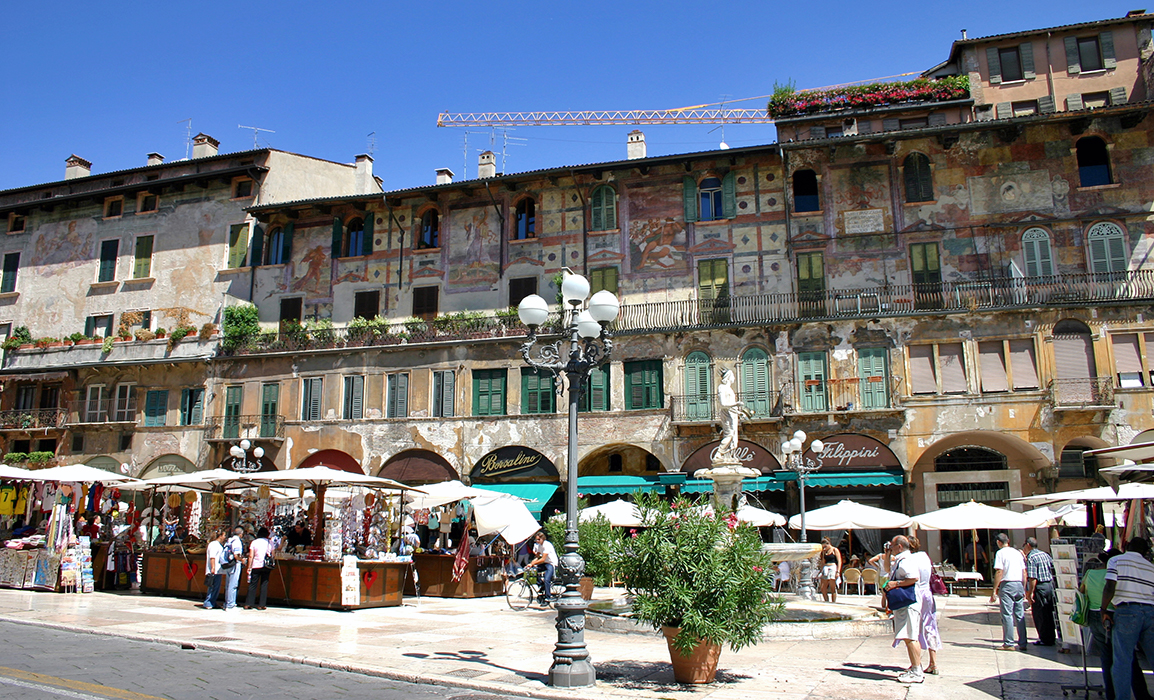 From Piazza Bra, along Via Mazzini which is the shopping street of Verona, you reach Piazza delle Erbe, which follows the ancient Roman forum of the city. The short northern side is closed by the late Renaissance Palazzo Maffei which stands on the foundations of the ancient Roman Capitol. On the western side is the medieval Domus Mercatorum seat of the city Arts and Corporations. The first building was built in wood in 1210, it was rebuilt in masonry in 1301. During its history the building underwent various modifications, the current appearance is due to renovations of the twentieth century. Along the eastern side of the square near the Maffei palace, there are the Mazzanti houses. This series of buildings, built in medieval times, was inhabited in the ‘200 by Della Scala family. Around 1540 the facades were frescoed by the painter Alberto Cavalli pupil of Giulio Romano, with whom he collaborated in the frescoes of Palazzo Te in Mantua. On this side of the square stands also the Palazzo della Ragione or Palazzo del Comune with the high Lamberti Tower. This complex, born as a private fortified palace, was acquired by the city administration as the seat of government during the 12th century. After 1405 with Venetian control, it became the courthouse of Verona. Recently restored, it is the seat of the Gallery of Modern Art in Verona. In the square, there is a fountain, built in 1368 by Cansignorio della Scala with recycled Roman materials. This fountain carries a statue on the top, called the Madonna of Verona, composed of a Roman body, most likely coming from the remains of the Capitol, to which new arms and heads were added. 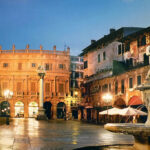 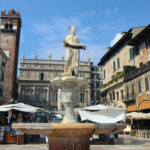 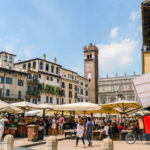