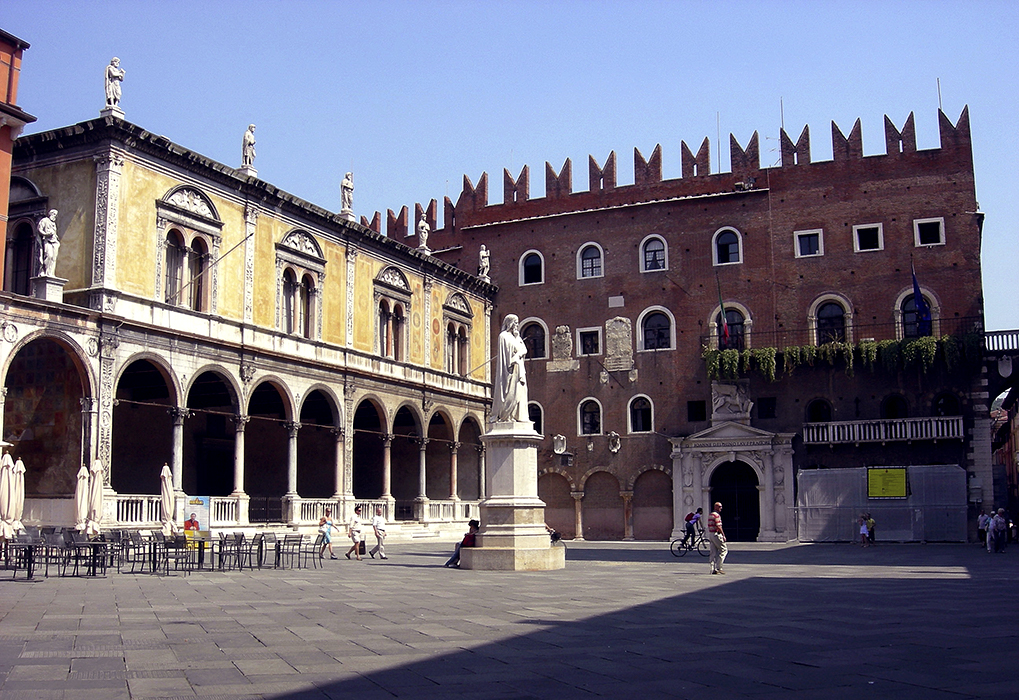 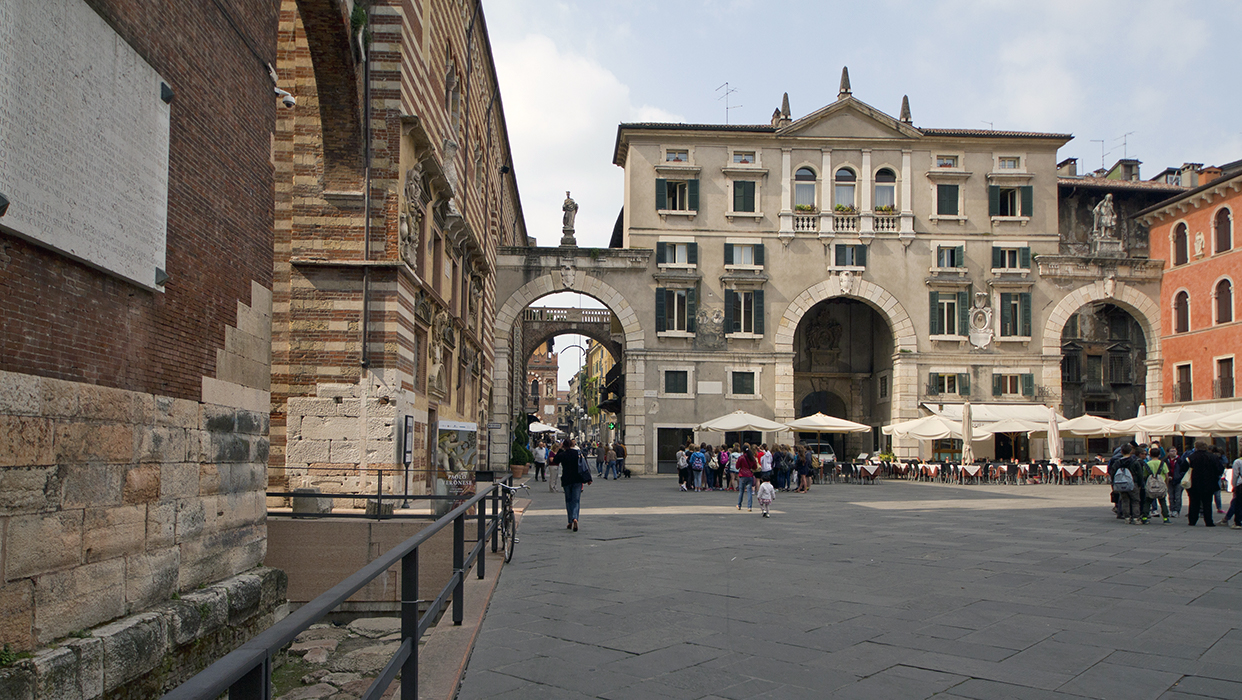 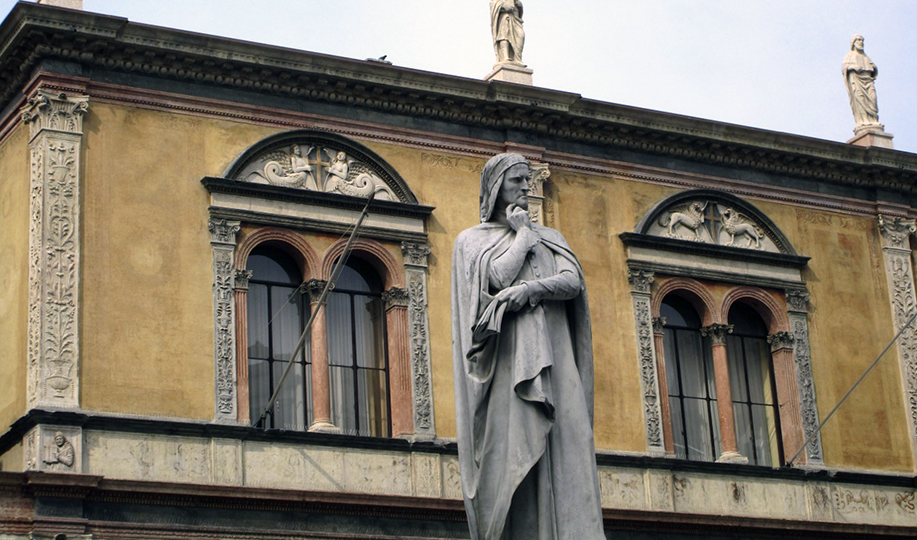 From Piazza delle Erbe, passing under the Arco della Costa, so-called for the whale rib that has been hanging there since the mid-18th century, you pass into Piazza dei Signori. If Piazza delle Erbe from the Middle Ages onwards was considered the centre of the economic and commercial life of Verona, Piazza dei Signori, built in the period of the Scaligera lordship, can be defined as the centre of political power. Some of the most important administrative buildings overlook this square. The Palazzo della Ragione, a symbol of power during the municipal era, the Palazzo del Podestà and the Palazzo del Capitanio built by the Scaligeri in the 13th and 14th centuries, and the Council loggia built in the late 15th century to host the meetings of the Patrio Consiglio (the Town Parliament). The Palazzo del Podestà owes its name to the fact that during the Venetian era it hosted the representative of the Serenissima Republic. This palace was restored to its original appearance with restorations in the 20th century while retaining the Renaissance door designed by architect Sanmicheli. The Palazzo del Capitanio or di Cansignorio has parts dating back to the 14th century, including the mighty corner tower, and Renaissance parts. Along its perimeter were brought to light foundations resting of previous Roman buildings and some sections of paved road from the Roman imperial era. The Council building has on the front a Tuscan Renaissance style loggia inspired by the Brunelleschi’s one of the Spedale degli Innocenti in Piazza SS. Annunziata in Florence. 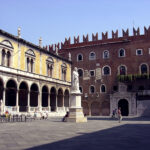 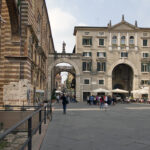 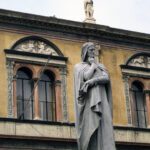 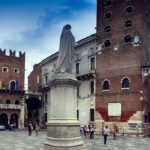