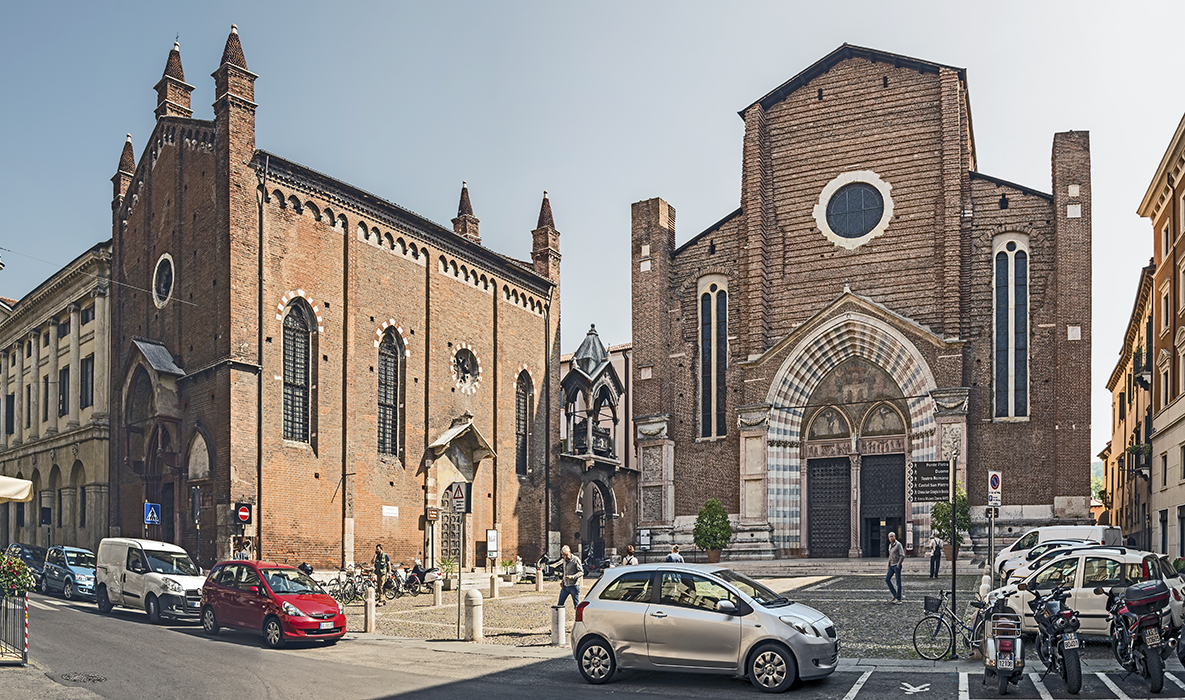 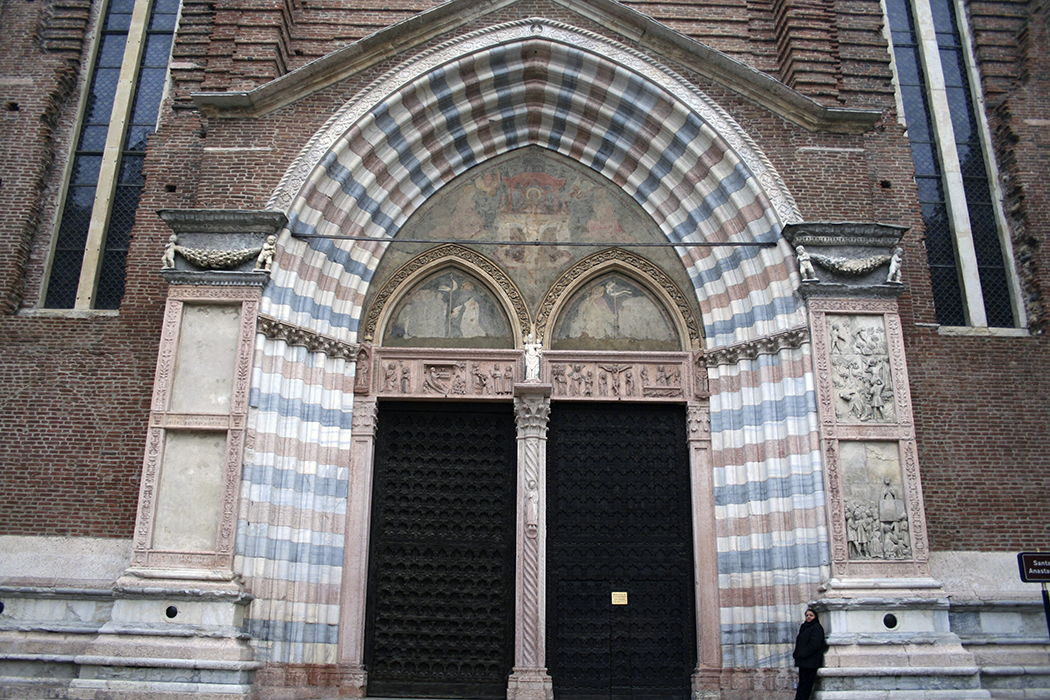 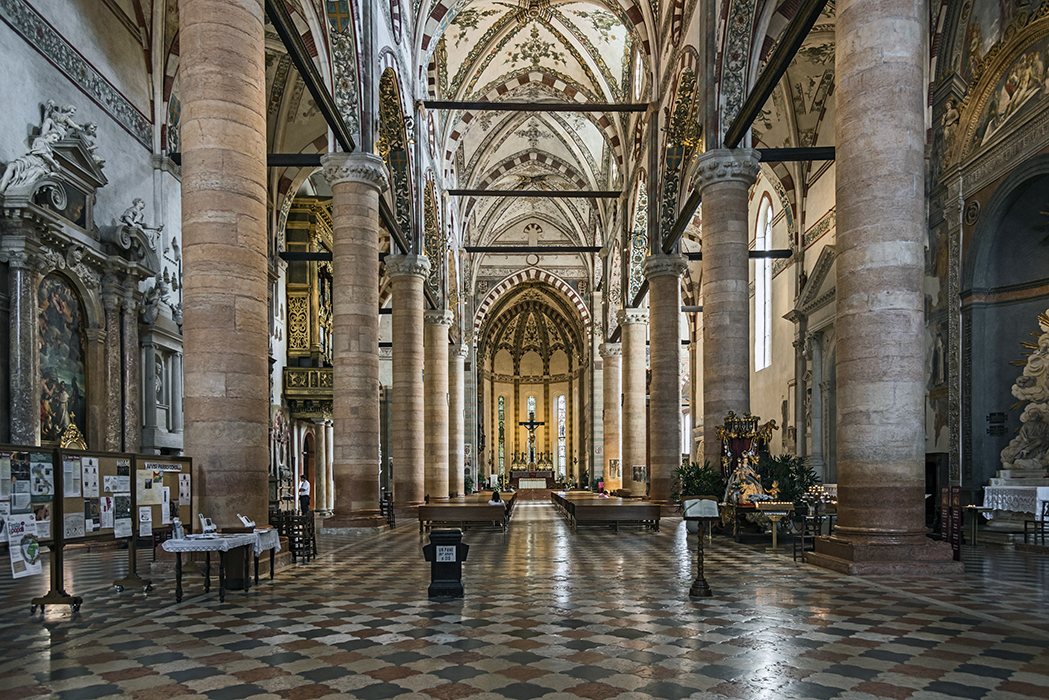 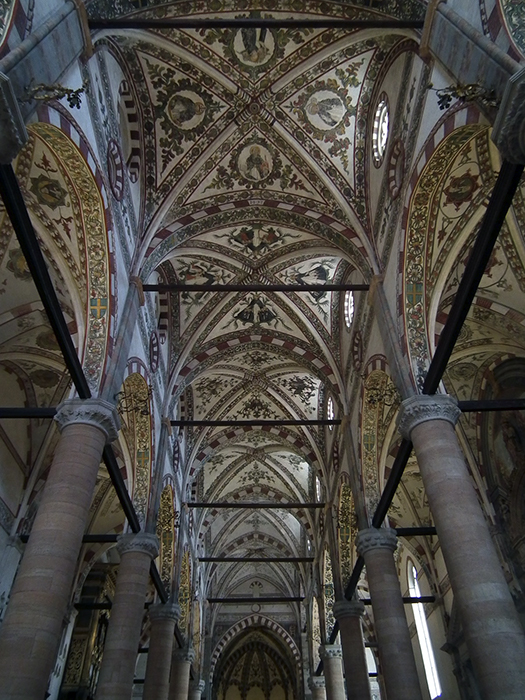 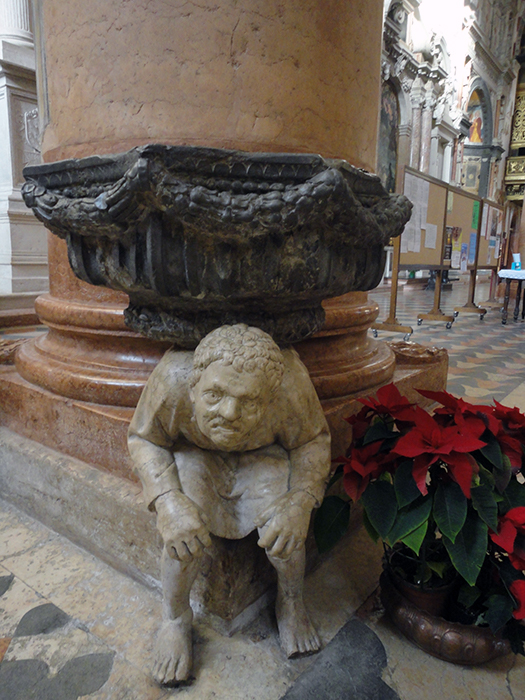 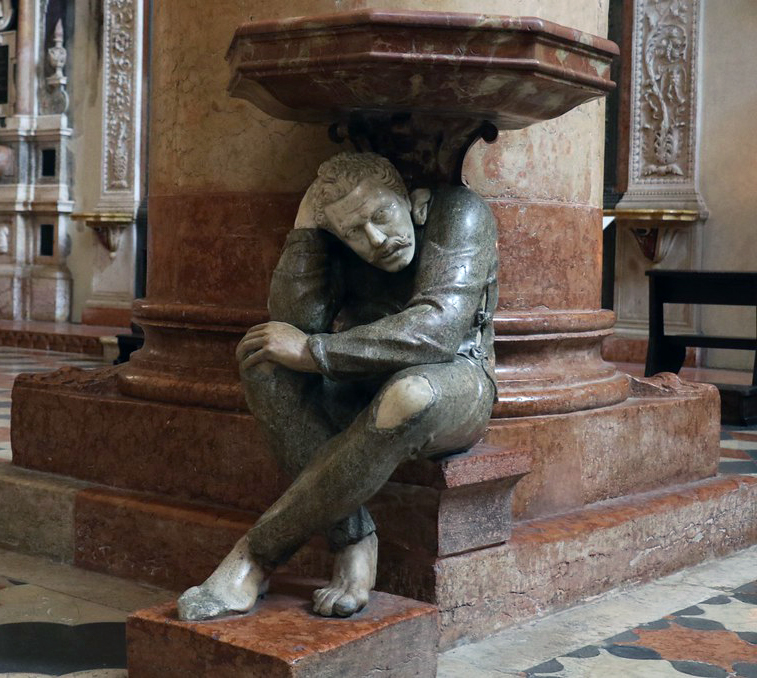 The Basilica of Santa Anastasia was part of a Dominican monastic complex. The building was started in 1290 and was consecrated almost two centuries later in 1471 and it is the most valuable example of Gothic architecture in the city. The construction of the basilica began thanks to the rich donations of the most important families of Verona, including the Della Scala. An important patron was also Guglielmo of Castelbarco, a friend of Cangrande I, who was also Podestà. In his will, he asked to be buried near the Basilica, and still today it is possible to admire his monument, a funerary ark placed to the left of the facade of the church above the portico that led to the interior of the monastery. 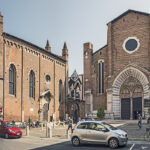 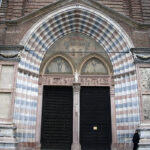 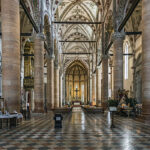 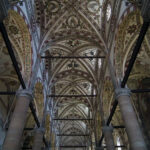 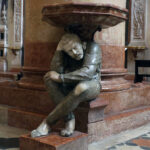