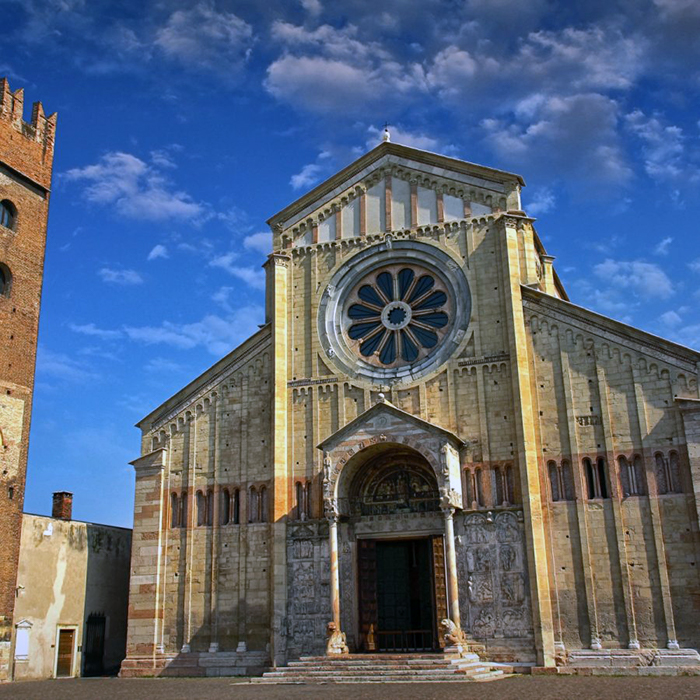 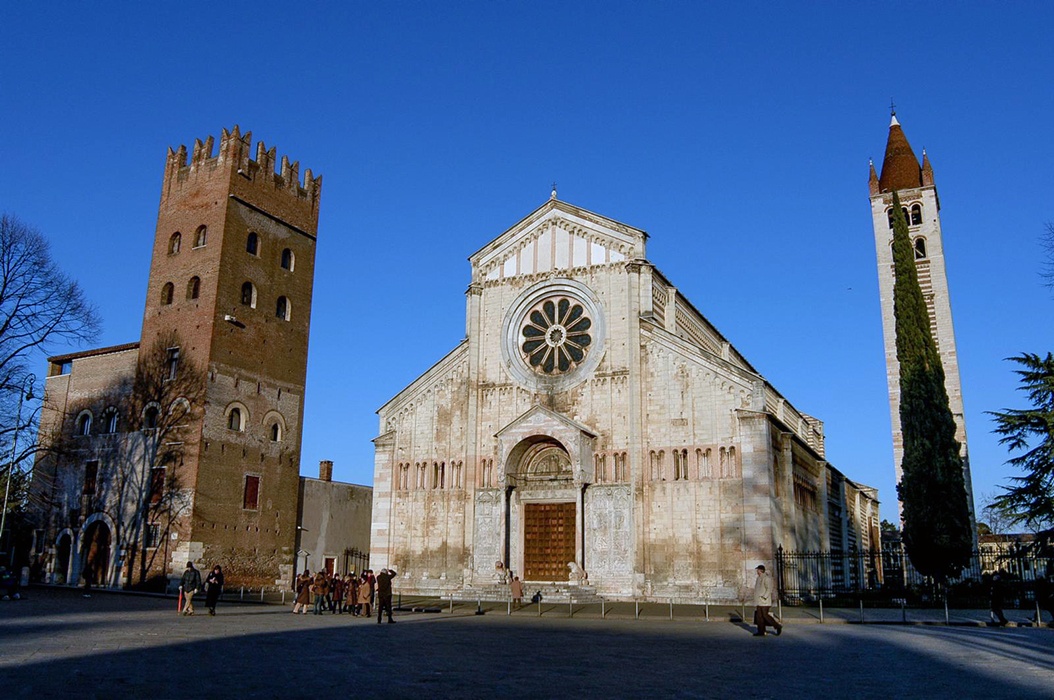 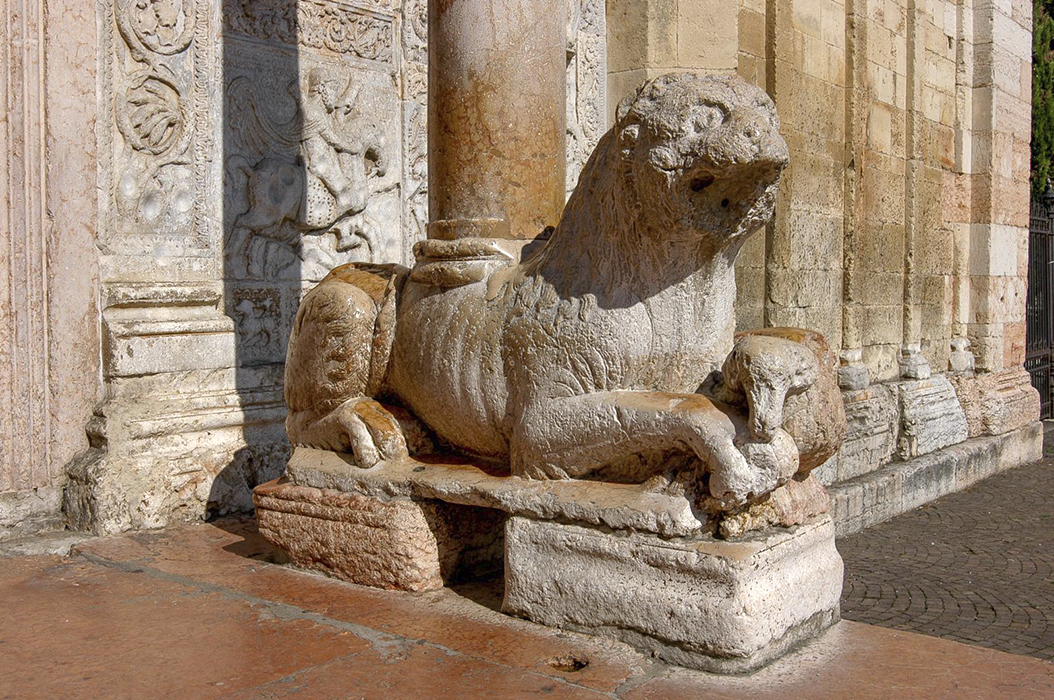 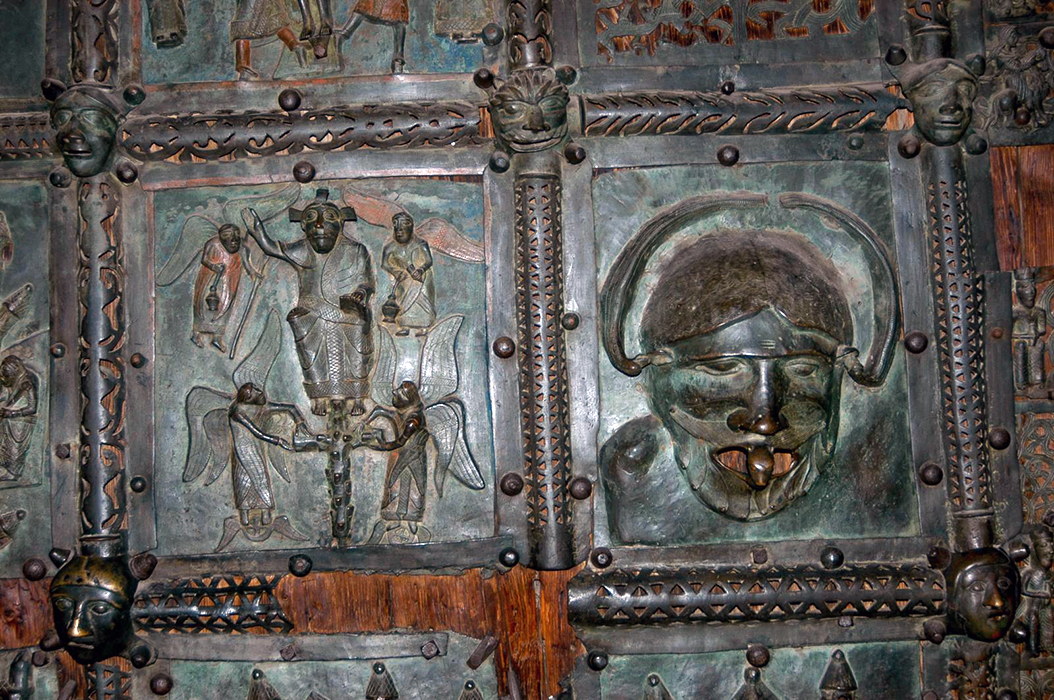 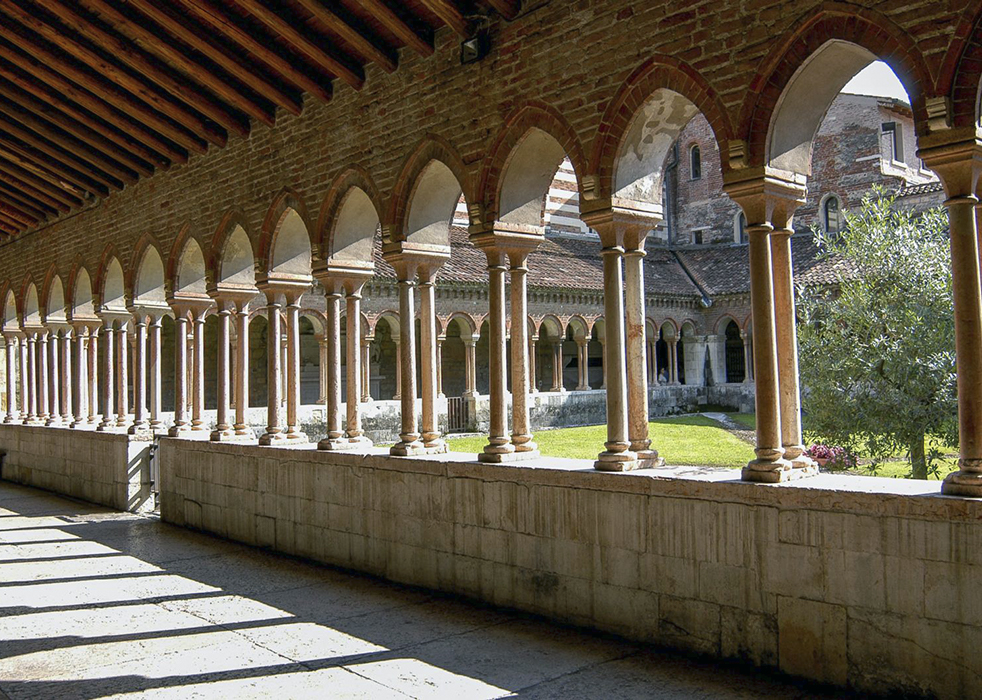 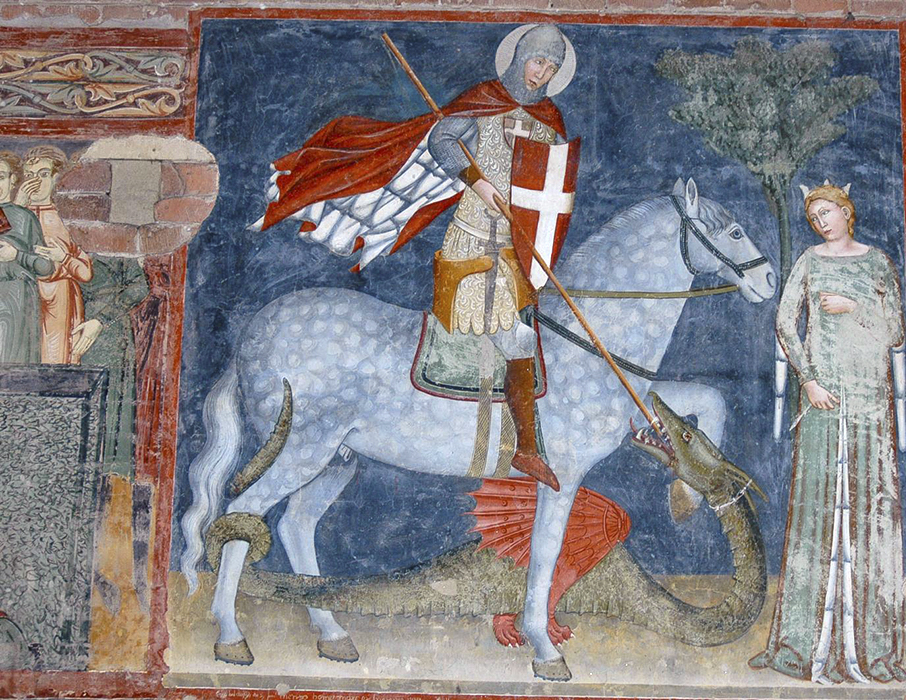 The Basilica of San Zeno Maggiore is one of the most important Romanesque masterpieces in northern Italy. San Zeno was the eighth bishop of Verona who died in the second half of the fourth century. As early as the 5th or 6th century, a church was erected near the tomb. Some fragments carved in Byzantine style reused in later reconstructions suggest a construction phase to be dated to the reign of Theodoric who, as we know, had chosen Verona as his second royal seat.
The building was probably renewed during the reign of Desiderio in the 8th century. At the end of the Lombard reign, the church was damaged and the connected monastery set on fire. The Frankish king of Italy Pippin together with Bishop Ratoldo decided that this church was no longer suitable for the conservation of the saint’s relics and therefore built a new one with a crypt, which was consecrated on 8 December 806.
During the various raids by the Hungarians, that persecuted this area of ​​Italy during the first half of the 10th century, the basilica, which at the time was outside the city walls, was destroyed. It was rebuilt by Bishop Raterio thanks to the contribution of Emperor Ottone I in the second half of the 10th century. From documents dating back to 1014, we know that the saint’s remains had already been moved to the new basilica. Evidence of this first Romanesque basilica can be seen in the brick wall portions present externally in the area of ​​the right apse. The construction of the bell tower began in 1045.
Between the end of the 11th and the beginning of the 12th century, a great project for the enlargement of the basilica was started with the extension of a span, the remaking of the facade and with sidewalls in tuff with projecting pilasters, a gallery with arches with twin columns and arched cornice, this part is still visible on the right side of the basilica. This work should have continued with the reconstruction of all the sidewalls, but after the earthquake of 1117, with the collapse of numerous buildings in Verona, they decided to carry out the work already undertaken but with more modest claims. The walls were then rebuilt more simply by adopting the typical Romanesque style with alternating blocks in tuff and brick.
The construction of the new cloister was completed in 1123 (the current cloister is due to a rearrangement done between 1293 and 1313) while in 1138 most of the enlargement of the church was completed and the entrance porch was added. The defensive tower of the abbey was built in 1145 and the bell tower was completed in 1173. The large rose window was built between the last decade of the 12th and the beginning of the 13th century.
The last main intervention on the external structure of the basilica took place between 1386 and 1398 when the architect Giovanni da Ferrara transformed the main apse which was still that of the reconstruction of Raterio of the 10th century. In the following centuries, there were further modifications and rearrangements of the internal structure without however upsetting too much the original 12th-century layout.
Among the numerous works of art that we find in the basilica, the prostyle with the 18 high-reliefs of the early 12th century, the larch wood portal with bronze tiles also dating from the same period, but perhaps some tiles date back to the previous one of the late 10th early 11th century, the numerous frescoes, mostly from the 14th century, and finally the Pala di San Zeno masterpiece by Andrea Mantegna dated between 1456 and 1459. 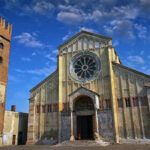 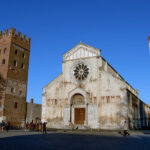 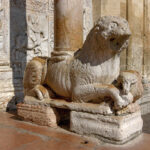 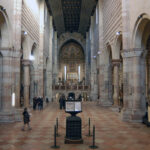 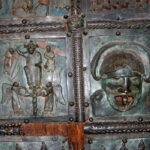 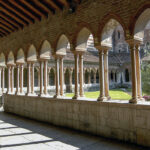 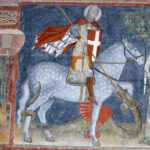