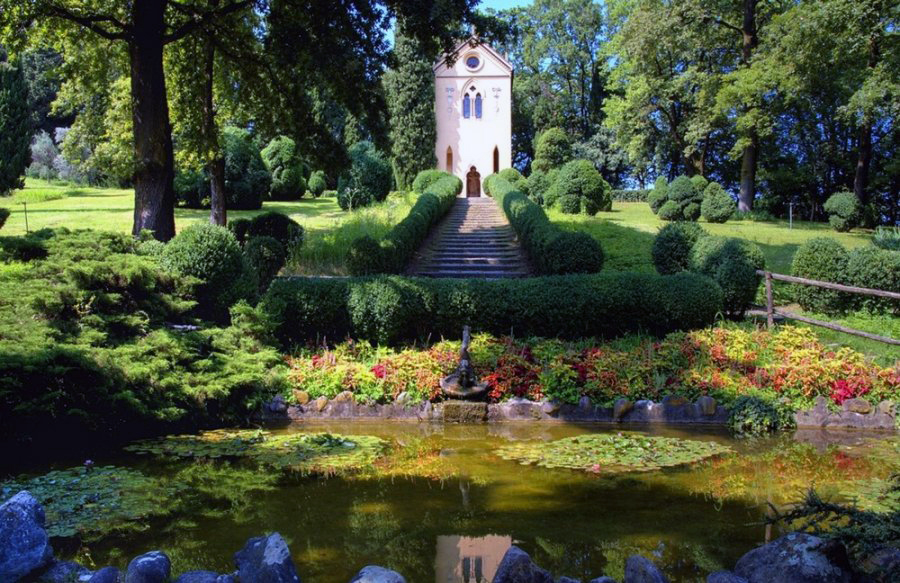 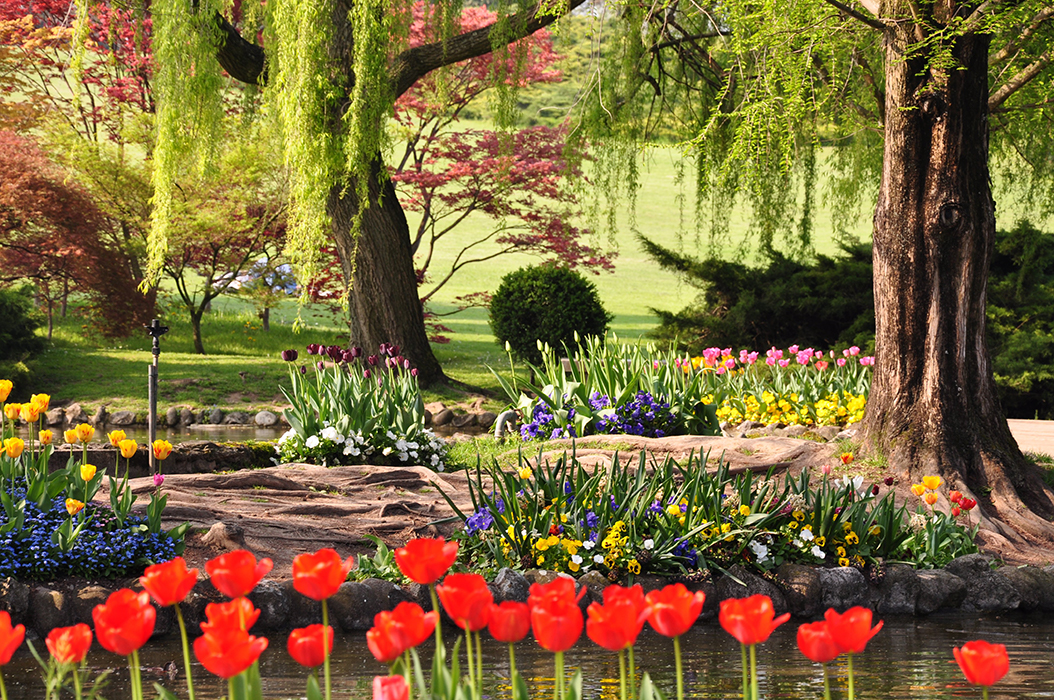 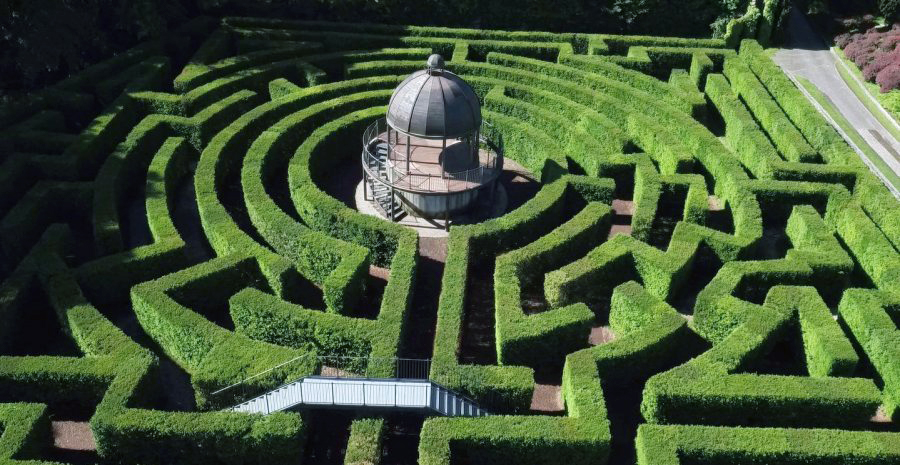 The history of the Sigurtà Garden Park dates back to early 15th century, when, during the Venetian dominion of Valeggio sul Mincio, the patrician Gerolamo Nicolò Contarini bought the whole property which was then used entirely for agricultural purposes.

It was a farm or rather, the ancient documents tell us, a “brolo encircled by walls”, where brolo was an enclosed wooded knoll: with encircling walls, arable land and forage production for the livestock. A small formal garden was created, adjacent to the main house, for the leisure time of the noble family.

After 29 years of possession of Gerolamo’s sons sold the estate to the Guarienti family which continued to own it for no less than 190 years, until 1626. A document of the time tells us that the brolo was crisscrossed by numerous panoramic paths that were there “for beauty”. This gives us an insight into how the amenity of the place was appreciated by the Guarienti who decided to sacrifice some of the agricultural potentials of the land to increase the area dedicated to the garden.

1626 was the year the property passed from the Guarienti family to the Maffei family.

The Maffei made great and significant changes to the property: the first was thanks to Count Canonico Antonio who in 1693 built a noble and stately home entrusting the project to one of the most famous and prestigious architects of the time, Pellesina Vincenzo (1637-1700). Count Canonico also made a very important application in 1699 for water drawing rights from the nearby River Mincio: his wish was granted and towards the start of the nineteenth century the smallish garden was extended.

The work was made possible thanks to Marquis Antonio Maffei (1759-1836), a man who the chronicles of the time described as an enlightened love of art, beauty and gardens. He set about transforming 22 hectares of the property into a romantic English garden. The choice of style was influenced by the poet Ippolito Pindemonte who in 1792, was the guest of his uncle Marquis Antonio Maffei. This meeting sowed the romantic seed for the future garden of Valeggio, characterised by the woods in which were put a neo-Gothic temple (now called the Hermitage), the Castelletto in the same style and the Grotto, a “simple, neglected and rustic” place.

In 1836, on the death of Marquis Antonio Maffei, the property passed to his daughter Anna, wife of Count Filippo Nuvoloni: after 210 years the Maffei line thus came to an end with its place taken by the Nuvoloni who remained in possession for 93 years from 1836 to 1929.

In 1859, during the battle of Solferino and San Martino, Franz Josef of Austria and subsequently Napoleon III of France came to the Park.

Napoleon III occupied the Villa on June 25th and stayed until July 7th. The Nuvoloni family marked the beginning of the slow and fatal decline of the garden, which became visually apparent in 1902 when Laura and Francesca, daughters of Giuseppe Nuvoloni the first-born of Anna Maffei, divided the area into two parts: this led to the ruination of the whole estate which in 1929 was sold to Maria Paulon, the wife of Cesare Sangiovanni, the local doctor, who would be its owner for twelve years.

The spring of 1941 marked the beginning of the ownership by the Sigurtà family: the pharmaceutical industrialist, Dr Giuseppe Carlo Sigurtà, bought the land from Maria Paulon. Dr Sigurtà began the great work of redeveloping and restoring the gardens. Thanks to a fortuitous fine he had to pay he came upon the documents that showed he had the ancient right to draw water from the river Mincio, something long forgotten by his predecessors. With irrigation began the transformation of the now barren moraine hills of the Mincio valley, which returned to be home to lush vegetation and took on an aspect of incomparable beauty. The true majesty of some ancient trees came to light, together with thousands of wonderful box bushes in the undergrowth. The Hermitage, the Castelletto and the Votive Grotto were all rebuilt in the style of the Romantic gardens of Marquis Maffei. Then in the last 20th century, the garden was opened to visitors. 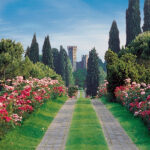 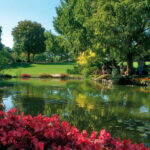 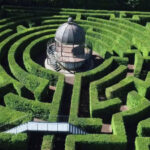