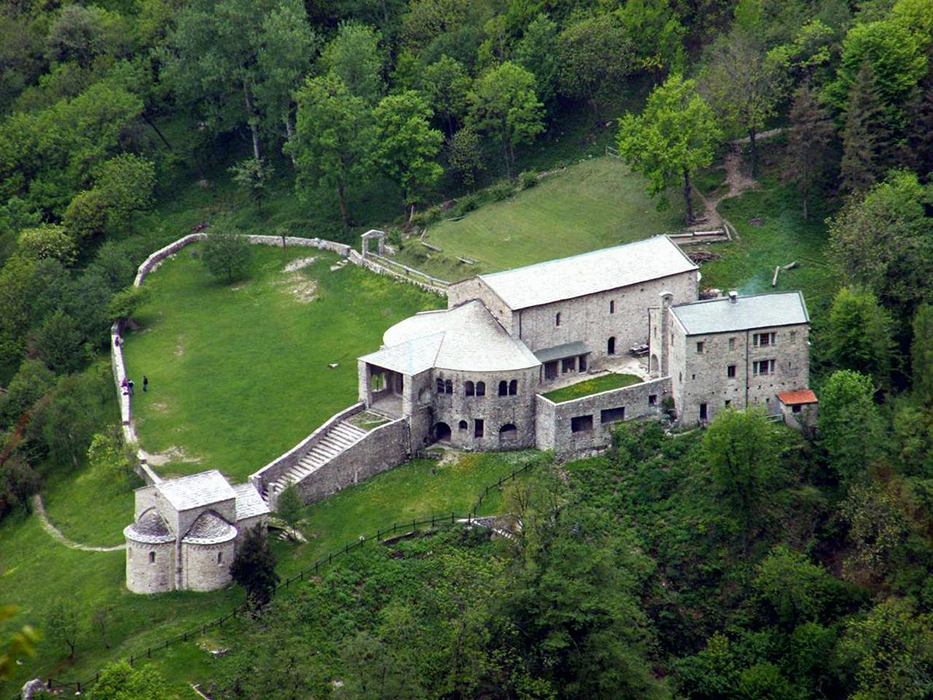 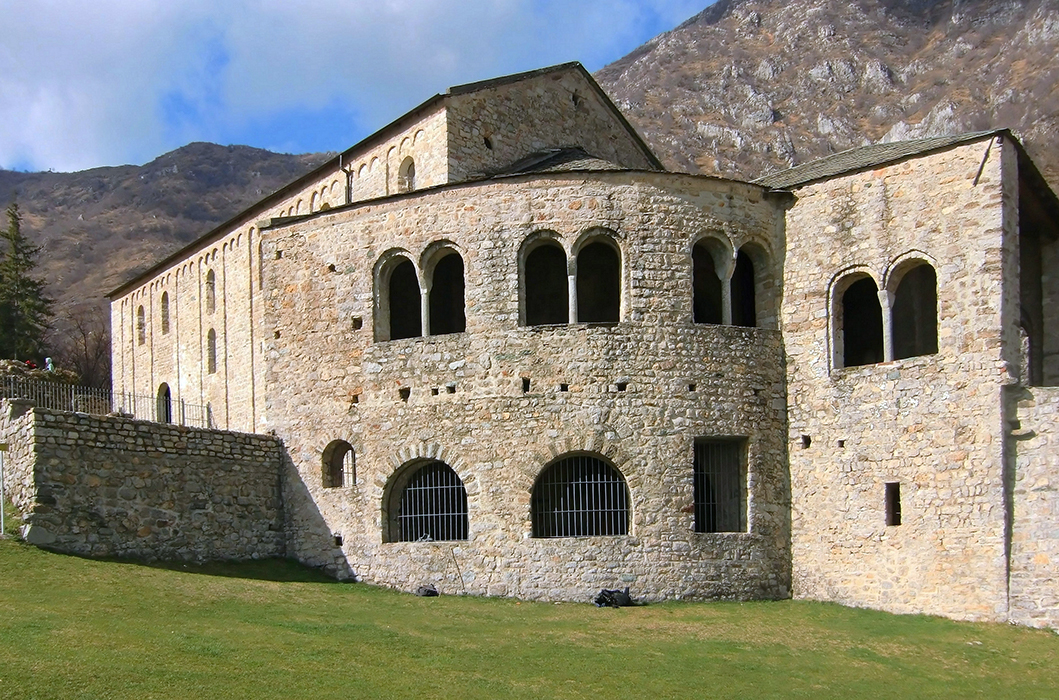 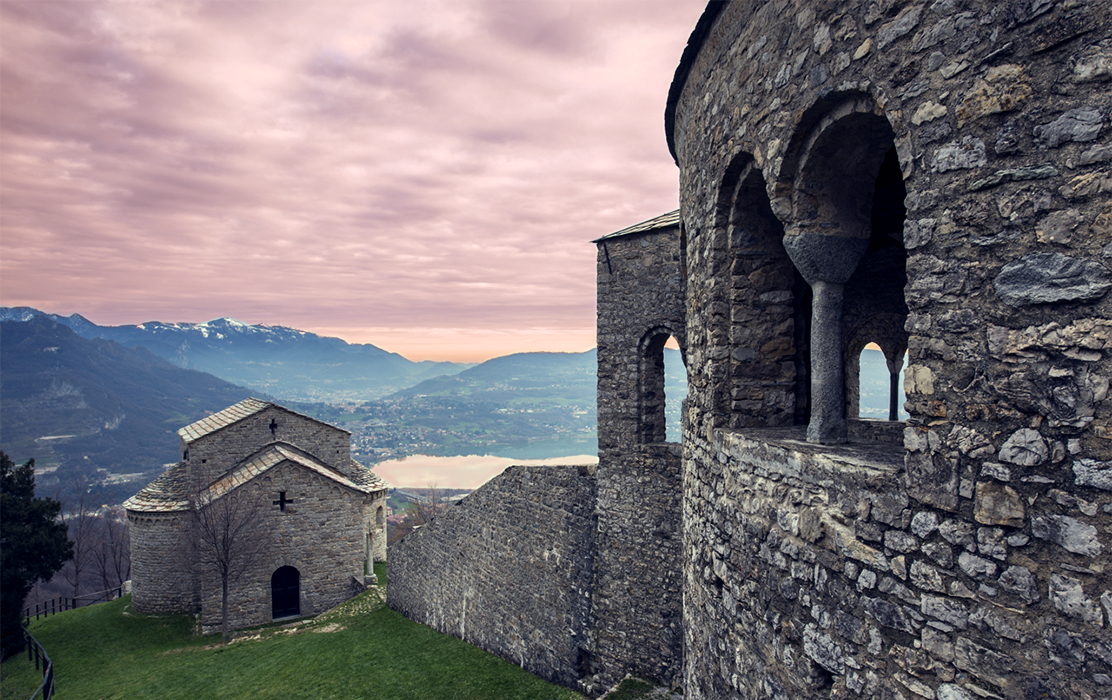 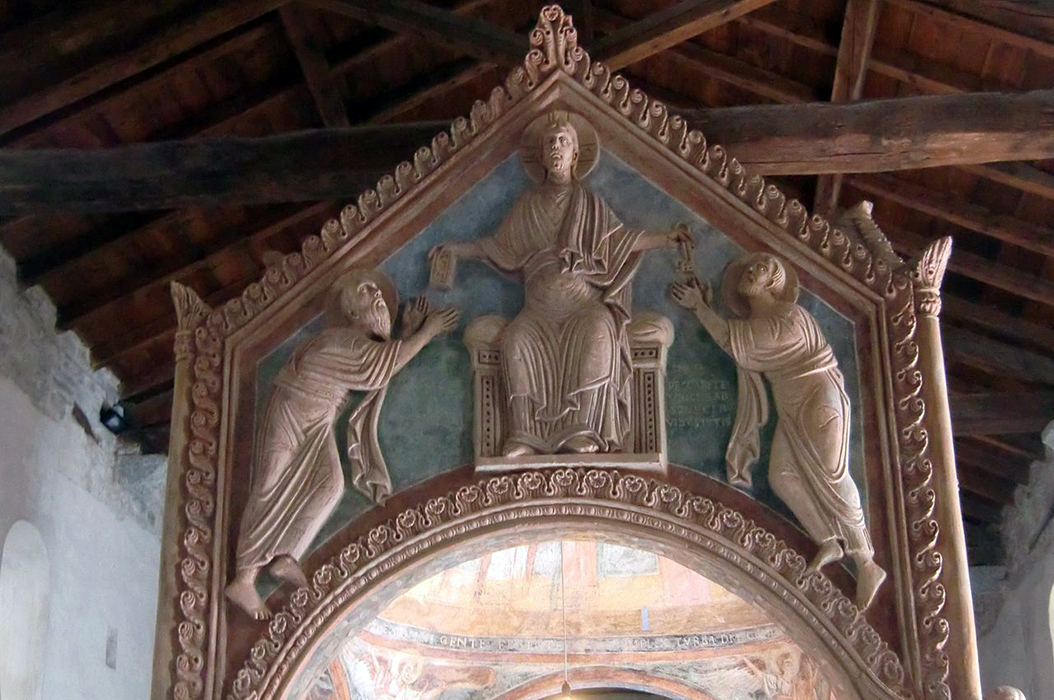 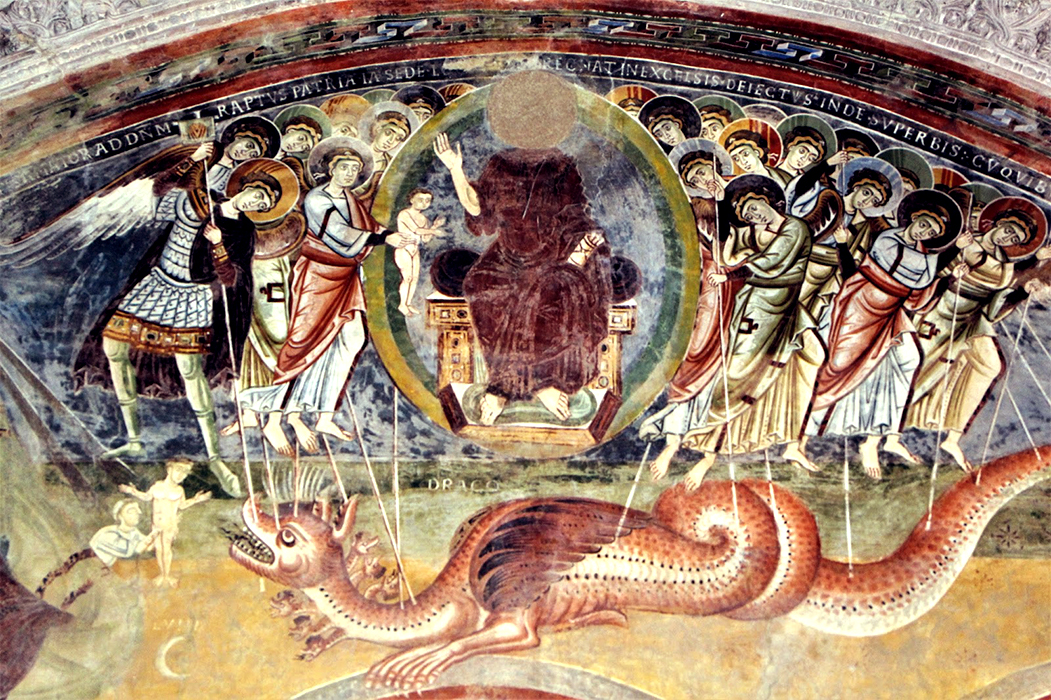 If you decide to spend your golfing holidays in the Lake Como district, it might be interesting to dedicate a day to a trip that can immerse you in the atmosphere of the centuries at the turn of the year one thousand. We are talking about a visit to the Abbey of San Pietro al Monte built on the slopes of Mount Cornizzolo in Civate. After a walk of less than an hour through dense woods, you reach the natural balcony where the abbey stands and from where you can enjoy a wonderful view of upper Brianza and Lake Annone.
The construction of the hermitage dates back to the last years of the reign of Desiderio, the last of the Lombards kings, and the reasons for this foundation are described in the so-called legend of the white boar of Civate. The story goes that Adelchi, impetuous and arrogant son of King Desiderio, learning of the presence of an imposing and ferocious white boar in the woods around Civate, decided that only he was worthy to hunt this beast and that this would prove his courage and his ability. He then prepared a hunting trip with his retinue. Entering the thick vegetation, they began to see signs of the animal’s fury: uprooted trees, signs of gigantic tusks and equally huge footprints. The Prince’s companions, fearful, began to urge him to desist. Adelchi, driven by pride, began to accuse them of cowardice and launched into a wild hunt, soon finding himself wandering alone in the woods where he was surprised by the setting of the sun. During the night he made terrible and upsetting encounters with hosts of the damned led in a wild hunt by the devil himself. The next morning a pious hermit found the prince wandering blind on the mountain. After taking him to his home he explained to the prince that in those mountains, given the beauty of the places, the presence of God was strong, in whose presence human vanity was very little. Adelchi, therefore, repenting of the life hitherto conducted, vowed to respect his citizens for the rest of his life. The holy man then washed the prince’s eyes at a source that sprang from a nearby rock, and the prince regained his sight. King Desiderio then built a church at his own expense.
Returning to reality, some architectural remains testify to the presence of buildings dating back to the period from the 5th to the 8th century. The first document attesting to the presence of thirty-five Benedictine monks in Civate is dated 845. The translation of the relics of San Calocero from Albenga to Civate also dates back to this period by order of the archbishop of Milan Angilberto II. At that time the monks occupied both the monastery on mount Cornizzolo and an abbey in the flat town, connected to the basilica of San Calocero.
Between the end of the 9th and the beginning of the 12th century, the abbey seems to enjoy flourishing. The construction of today’s San Pietro church and San Benedetto oratory dates back to the 10th century. The layout of the church then underwent important interventions between the 11th and 12th centuries, with the addition of the western apse and the transformation of the original eastern one into the entrance with the concomitant construction of the semicircular pronaos and the monumental access staircase.
The internal decorative apparatus, made up of frescoes and stuccos, can generally be traced back to this second phase, although some elements such as the ciborium, which recalls that of Sant’Ambrogio in Milan, and some frescoes such as the one depicting Christ and the heavenly Jerusalem, present stylistic features of Ottonian art of the 9th and 10th century. The most relevant work is certainly the fresco depicting the scene of the 12th chapter of the Apocalypse painted on the eastern lunette.
The abbey of San Pietro a Monte suffered a collapse in 1163 when the Milanese intervened to avenge the hospitality that the monks had given to the court of Frederick Barbarossa during the siege started in 1161 and ended in March 1162 with the capitulation and the subsequent destruction of the city. Much of the monastic community moved to the lower monastery leaving the care of San Pietro a Monte only to some monks dedicated to the hermitage. In 1555, after a few years of complete abandonment, an attempt was made to revive the abbey by sending a community of Olivetan monks who kept both monasteries alive until the definitive abandonment of 1798.
Since 1975, a local association has been dealing with the conservation of structures and welcoming visitors.
To end the day you can visit the monastery in the centre of Civate with the basilica of San Calogero and the interesting fifteenth-century cycle of frescoes with the theme of hunting and courtly love preserved in the Casa del Pellegrino (Pilgrim house). 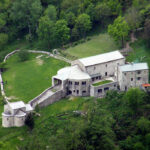 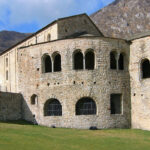 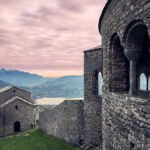 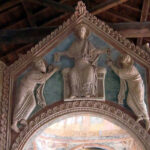 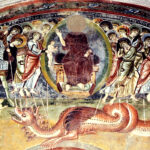