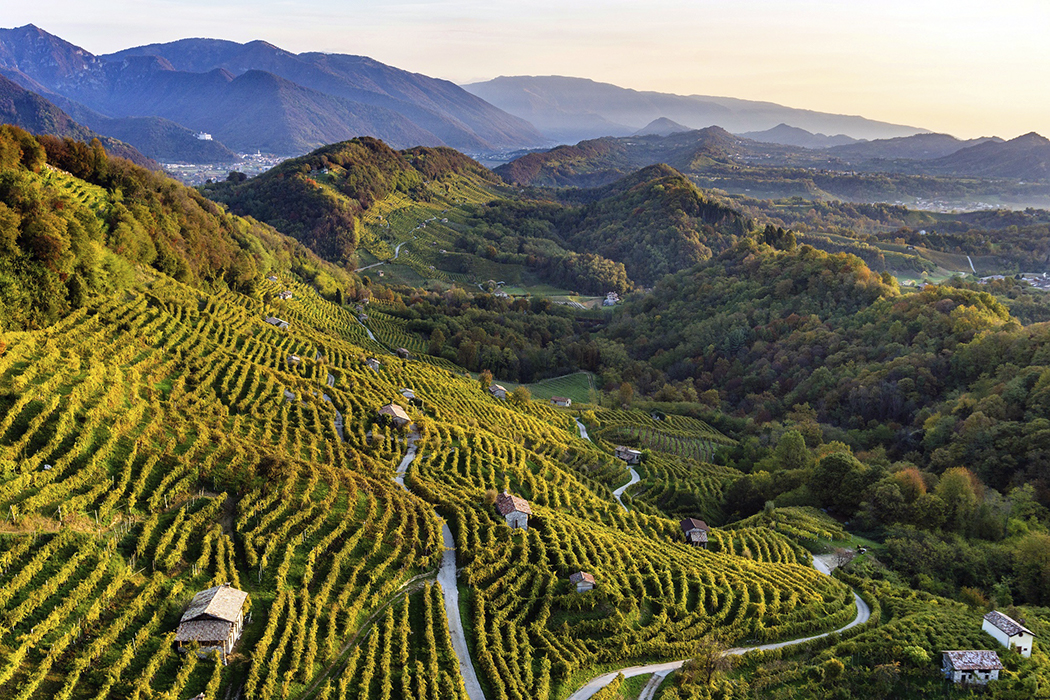 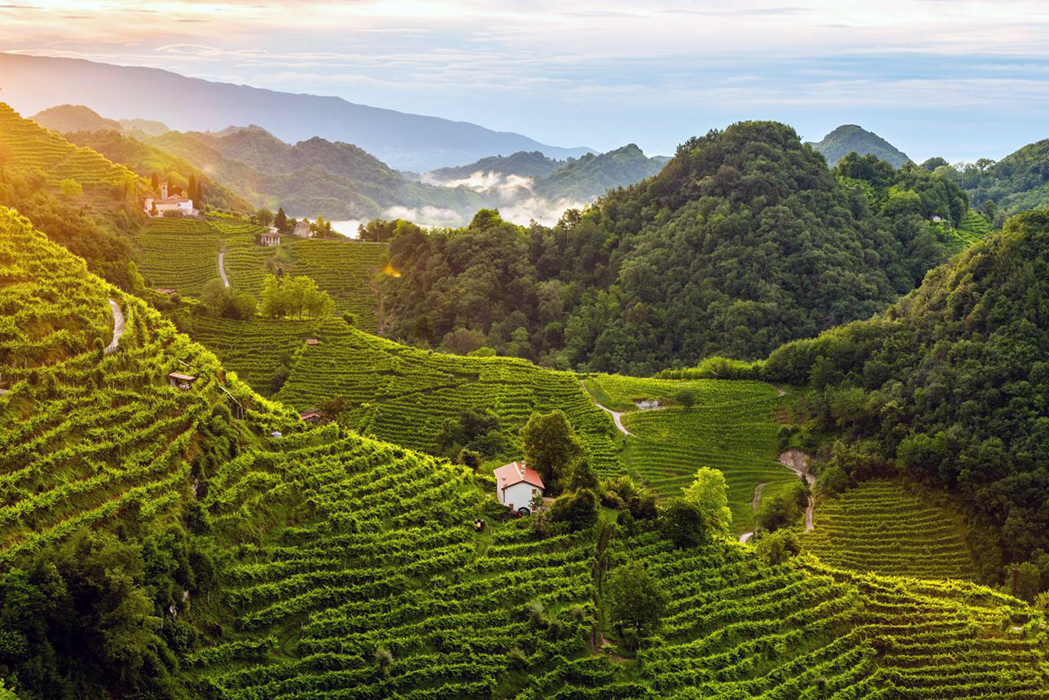 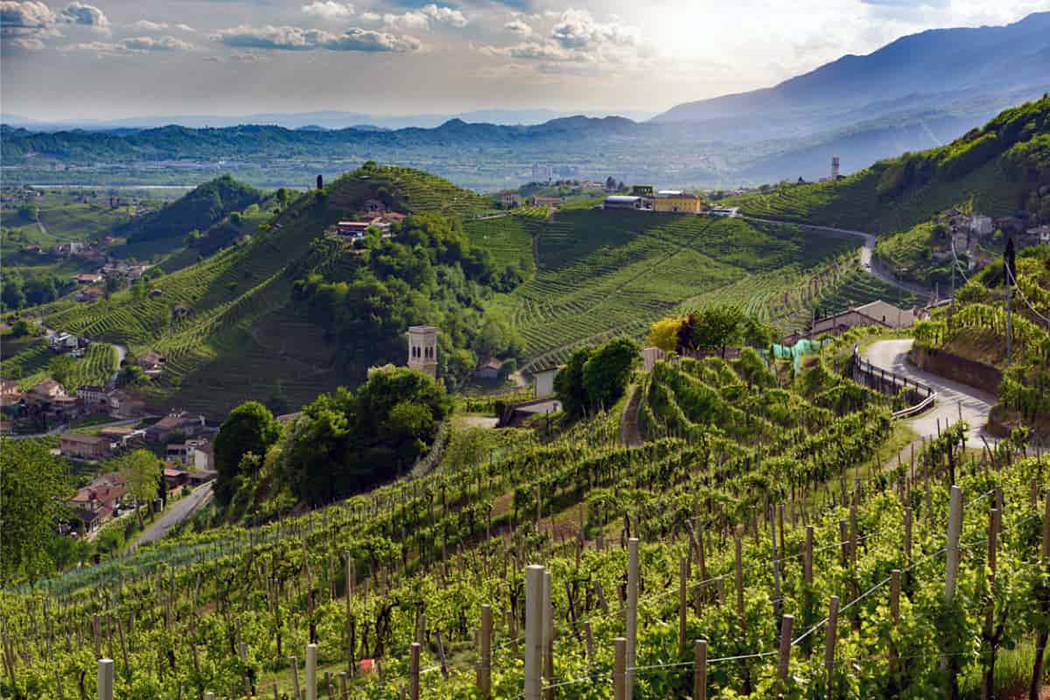 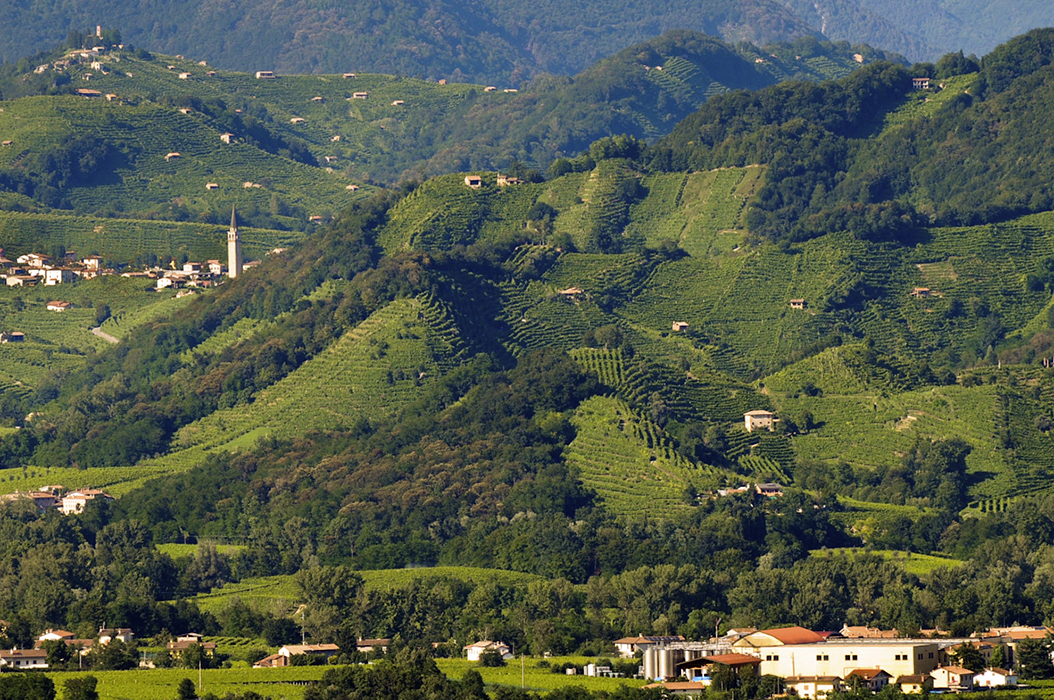 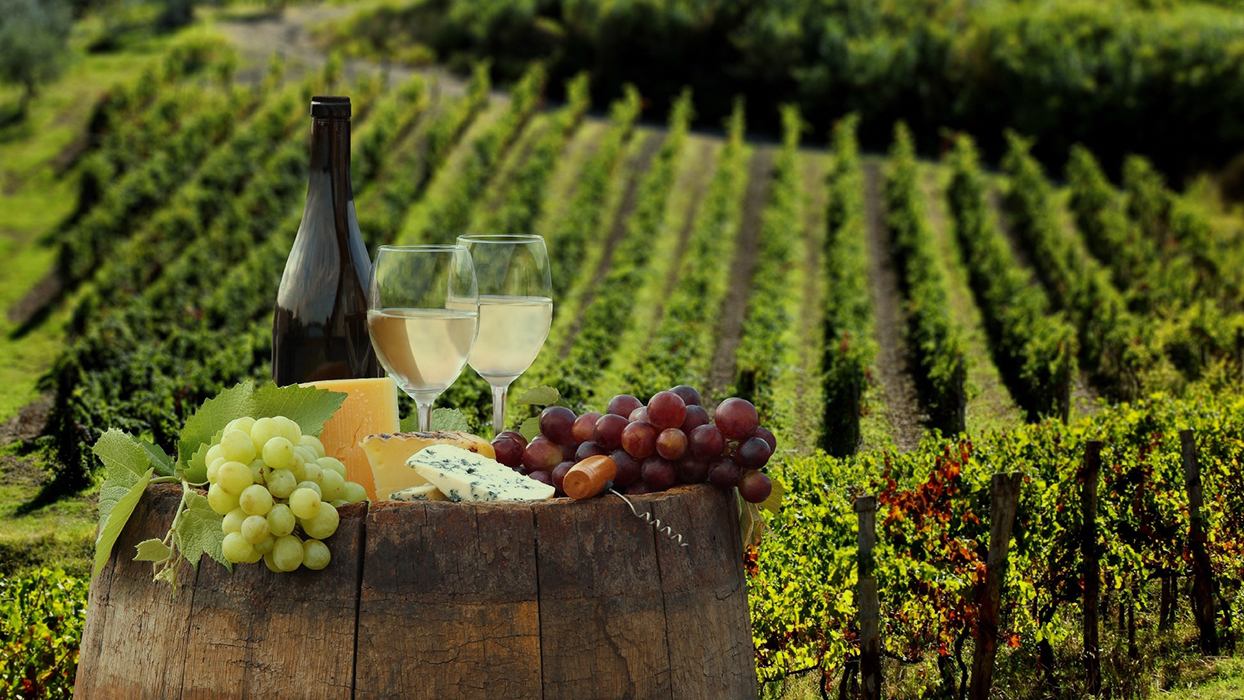 This area, that in 2019 became part of the Unesco World Heritage Sites, is characterized by a particular geological conformation called hogback, that is a series of hills with a narrow ridge and steep slopes on both sides, interspersed with small parallel valleys.

The panorama is characterized by the so-called ciglioni, embankments on which narrow and grassy terraces have been created for the rows of vines. For centuries these rugged lands have been modelled and made suitable for human cultivation. Since the seventeenth century, the use of ciglioni has created a particular checkerboard scenario consisting of rows of vines parallel to each other and vertical concerning the slopes. In the 19th century, the Bellussera vines cultivation technique contributed to the aesthetic characteristics of the area

As we are talking about a wine production area, it seems interesting to retrace the history of Prosecco wine a little.

In the early Roman imperial era, Pliny the Elder reports that Livia, wife of the emperor Octavian Augustus, appreciated, also for its medicinal qualities, a wine called Pucino which was produced in the karst area overlooking the Adriatic Sea just north of Trieste. Perhaps this name has remained in the toponym Opicina. In ancient times there is no other information about this wine, we are not even if it was white or black wine. We know that from the 14th century the city of Trieste sent a contribution of one hundred big jugs of very renowned white wine to the Habsburg house in Austria. It was probably a wine produced with the autochthonous grape variety Glera, which, to distinguish it from other white wines produced in other areas of Friuli, began to be called Prosecco from the site of Prosecco not far from Opicina. We are not sure of the continuity between Pucino wine and Prosecco wine. Pietro Bonomo, scholar and bishop of Trieste, in the first half of the 16th century, identified the noble Castellum Pucinum mentioned by Pliny with the Castle of Prosecco, leading the physician and geographer Volfango Lazio to identify, in 1551, Prosecco wine with the ancient Pucino.

While in the original production area people gradually abandoned the cultivation of Glera vines, this grape found luck in other parts of the territory of the Republic of Venice and especially on the steep hills north of Conegliano.

We are in the mid-eighteenth century when we find the first sources attesting the name Prosecco associated with the wine produced on the Conegliano hills. It was a still white wine that is has been produced till now under the name of “Tranquillo”, and it was only in the second half of the 19th century that it began to be produced in the Spumante (sparkling) version.

In the 60s of the twentieth century, the DOC certification was assigned to Prosecco produced in the province of Treviso. In the meantime, the people started to call the grapes Prosecco instead of Glera.

In the last decade of the 20th century and at the beginning of the 21st century, this sparkling wine began to have great success abroad, so much so that it recently became the best-selling sparkling wine in the world. This has pushed producers towards a name protection policy to try to prevent other countries from producing sparkling wines under the name Prosecco. However, international standards did not allow to protect the names of wines deriving from the names of the vines. Then was officially taken up the traditional name of the grape variety and the Prosecco DOC was remodelled to include the whole production area of ​​white wines obtained from Glera grapes and therefore also the original region with the locality of Prosecco. This has allowed protecting the name Prosecco also at an international level. For the area of ​​greatest production of Prosecco Spumante (sparkling), were introduced in 2009 the DOCG Prosecco di Asolo and DOCG Prosecco di Conegliano – Valdobbiadene, which for the Spumante (sparkling) version can claim the Superiore designation.

Prosecco produced in the provinces of Treviso and Trieste has a sub-denomination including the name of the province.

As already told, in the areas of Asolo and Conegliano – Valdobbiadene it can be called Prosecco DOCG, and Superiore in the case of Spumante (sparkling) wine. 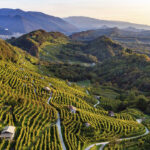 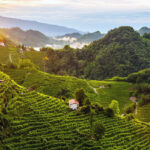 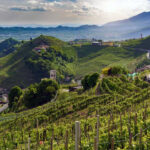 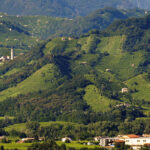 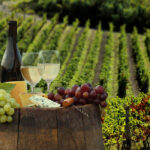