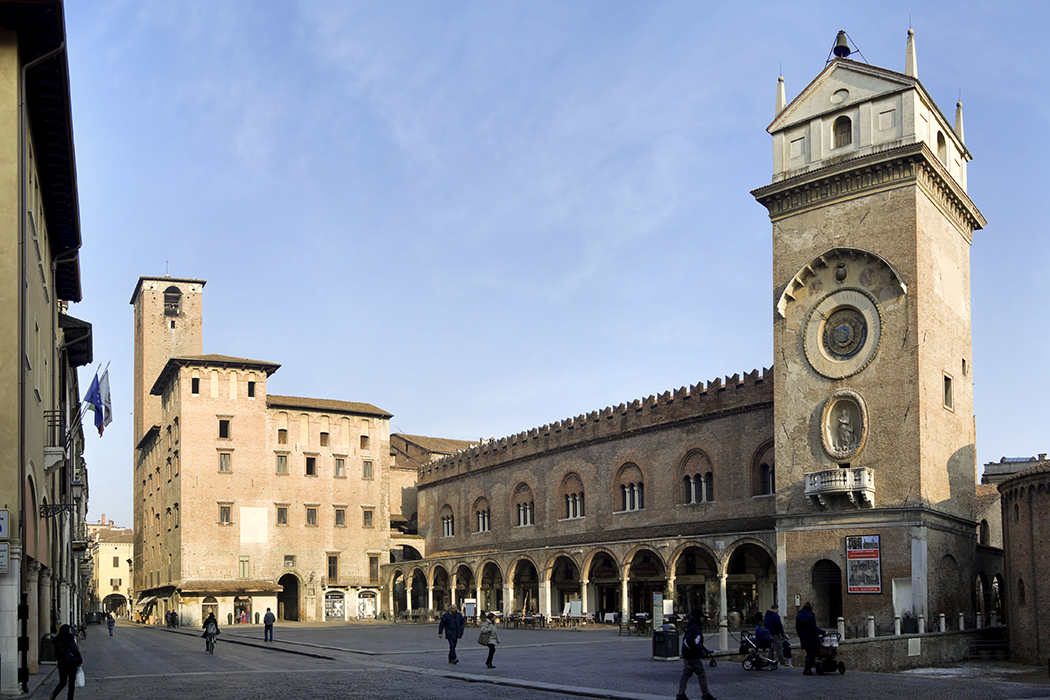 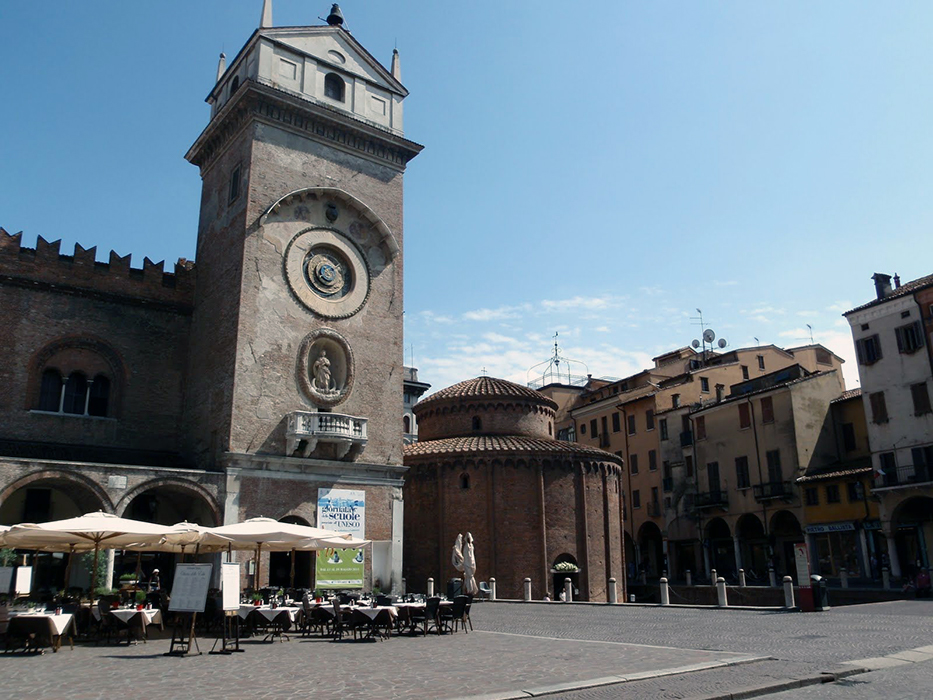 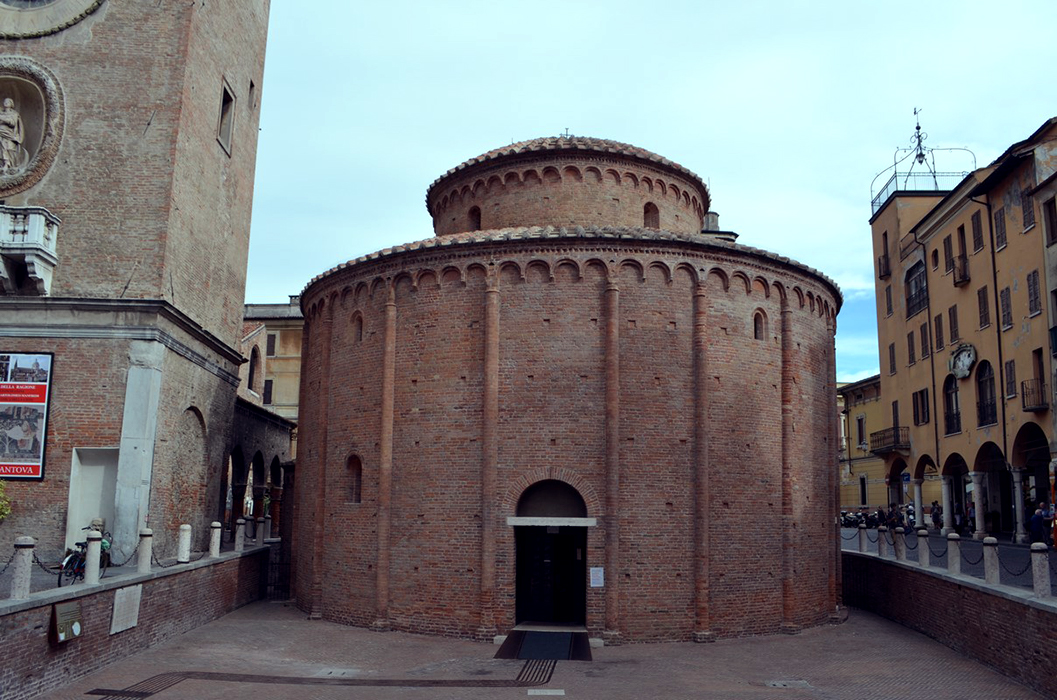 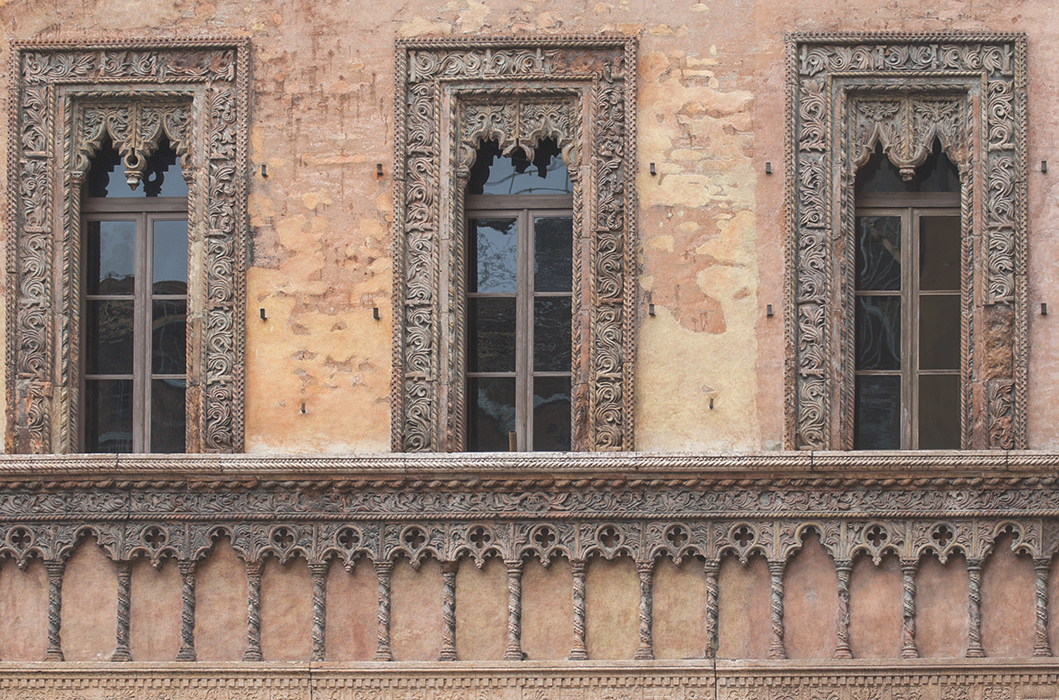 Piazza delle Erbe was the nerve centre of the city in the Communal era. In this area just outside the walled enclosure of the ancient Roman and medieval city, in the 11th century, in front of the ancient basilica of St. Andrew, which at that time had rotated 90 degrees compared to the 15th-century redevelopment, space was created for the “foro boario”, the area of the cattle market. Here, perhaps in 1083, on the commission of Countess Matilda of Canossa, was built the Rotonda of San Lorenzo. A circular building probably built on the foundations of a previous Roman building of the 4th century A.D., a temple or a burial mausoleum. In 1579 the temple was deconsecrated and became first a warehouse, then, collapsed the ceiling, was incorporated into subsequent buildings becoming a circular courtyard. In the demolition of these buildings at the beginning of the 20th century, it was discovered that much of the original structure was still “in situ” and it was decided to restore it.

In the Communal period, during the 12th century, the town began to expand to the south. In the 13th century, this area started to become a real square with the construction of administrative buildings. The first was the Palace of Podesta which construction began in 1227 dividing the area into two distinct squares. In 1250 the Palace of Ragione was added, built on the remains of a hospice intended to house pilgrims who went to Mantua for the relic of Christ’s blood. This palace, that then was joined to the Palace of The Podesta, first was the palace of the municipality, then a market and then designed, in the 15th century, to the court of justice. After this transformation, was added the porch on the side of Piazza delle Erbe and, taking advantage of an earlier tower, the Clock Tower was built, between 1472 and 1476, by Fancelli. Between the end of the 17th and 18th centuries, the Palace della Ragione underwent the refurbishment of the facade, which was restored to the 15th-century appearance by a restoration work during 1942.
On the corner of Piazza Mantegna and Piazza delle Erbe, there is the Merchant’s House or the House of Boniforte from Concorezzo, merchant of wool and fabrics and supplier of the Gonzaga court, built in 1455. The terracotta facade, once decorated with small golden leaves, has late-Gothic Venetian motifs. 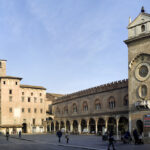 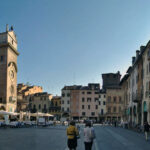 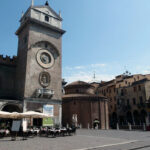 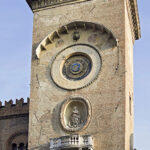 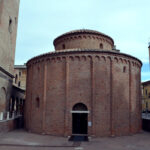 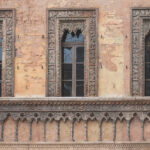