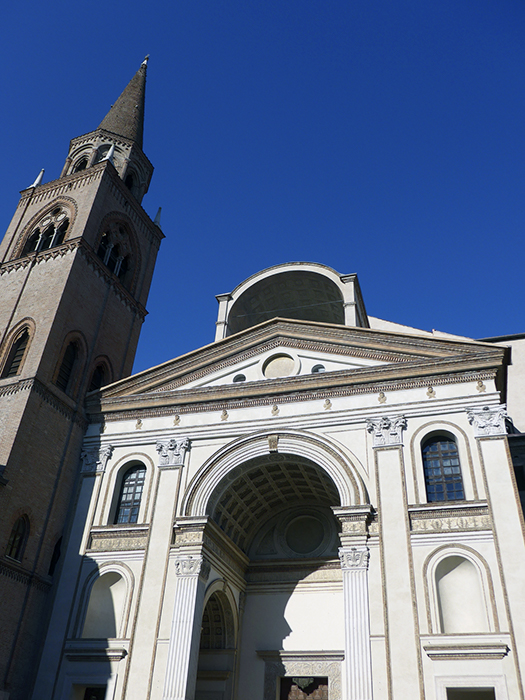 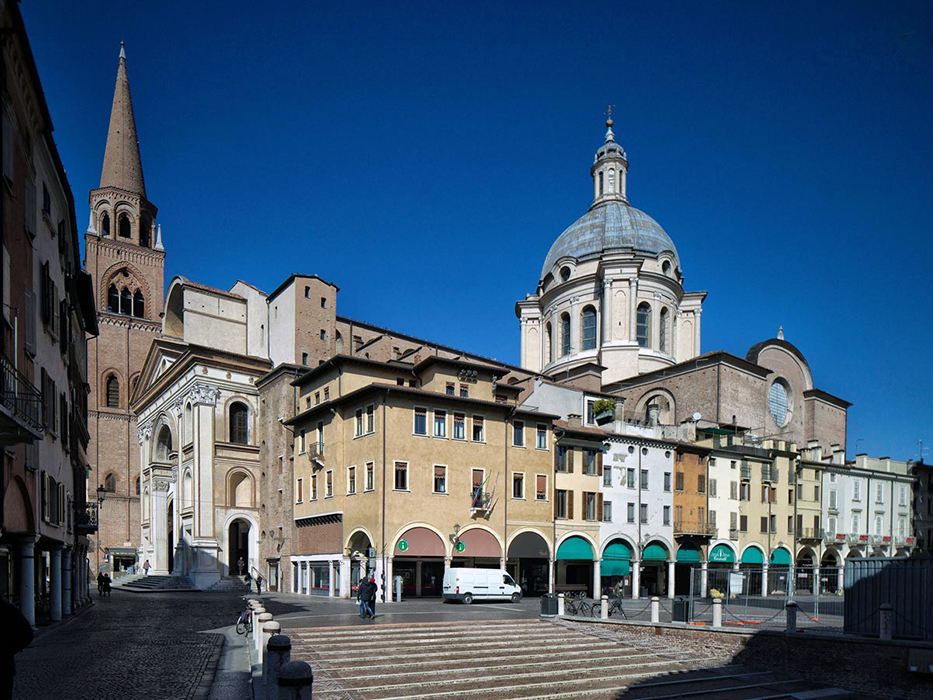 When you arrive in Piazza Andrea Mantegna, looking north, you are in front of the monumental facade of the basilica of St. Andrew. At the beginning of the 11th century in this place, at the time outside the walls, was built a Benedictine monastery. A few years later, around 1046 on behalf of Beatrice of Lotharingia, mother of Matilda of Canossa, the monastery was enlarged and a church in honour of St. Andrew was founded, to house the relic of the Blood of Christ, which, according to the Mantua hagiographic tradition, had been buried there along with Longino remains. Longino was the centurion who, after hitting Jesus at the cost, converted to Christianity. Legend tells that this burial had been found about two centuries earlier, in 804, by a farmer who had a vision of the Apostle Andrew indicating the place of the burial-place. Remains of this Romanesque building are the bell tower and one side of the cloister on the left side of the basilica.

In 1472 Ludwig III Gonzaga commissioned Leon Battista Alberti to re-build the basilica. The Alberti designed a church with a Latin cross plan, a single nave flanked by chapels on both sides and with a short but wide transect. The building, inspired by the canons of Roman classical architecture, has a pronaos and the monumental facade recalls the structure of the imperial triumphal arches, especially that of Trajan in Ancona. The module of the facade, with full-height Corinthian lesene topped with moulded lintel and an all sixth central arch with a second order of lower lesene and further trabeation, is also repeated inside to frame the side chapels. Internally the nave is topped with a barrel vault decorated with lacunars. The construction continued after the death of Leon Battista Alberti, under the technical direction of Guido Fancelli, a collaborator of Alberti. The work continued for a long time, after an initial phase that ended in 1494, work resumed in 1530 and then ended in the second quarter of the 18th century with the dome designed by Filippo Juvarra.
In the Basilica of St. Andrew there is the funerary chapel of Andrea Mantegna. This is the first chapel on the left entering the church. It houses two paintings from Andrea Mantegna, and the frescoes were painted by two sons of Mantegna ad by Correggio in his young days. 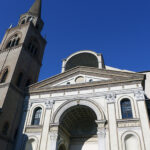 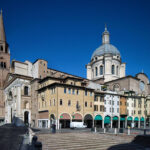 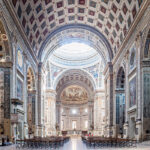 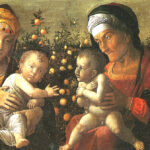