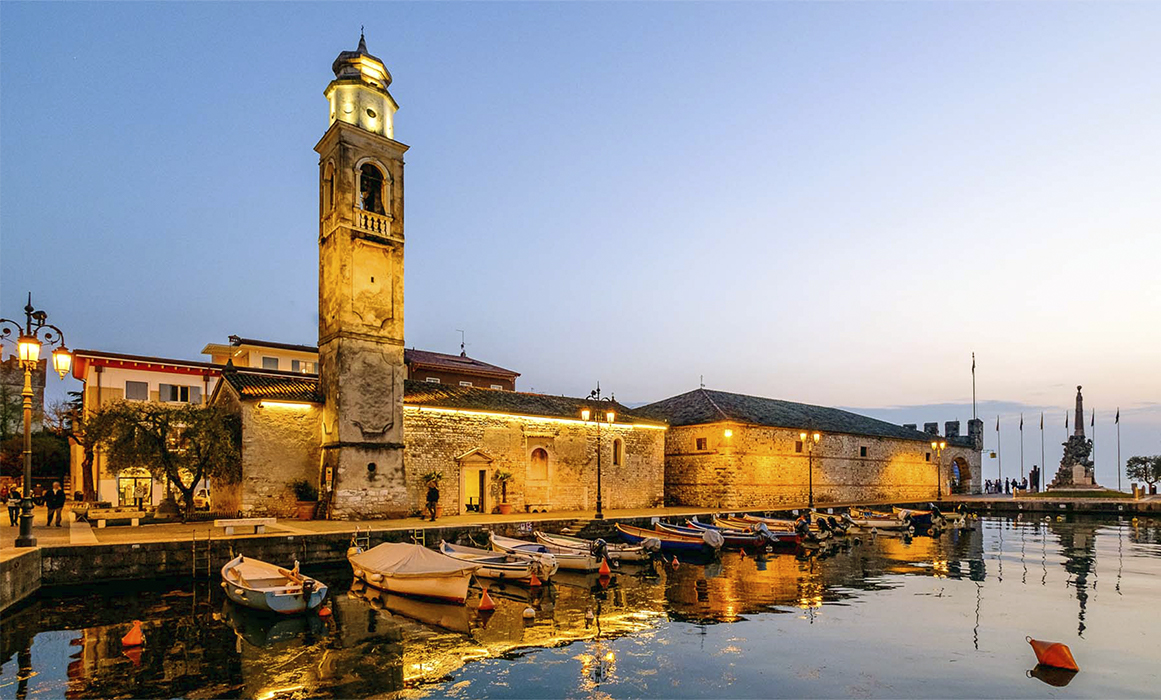 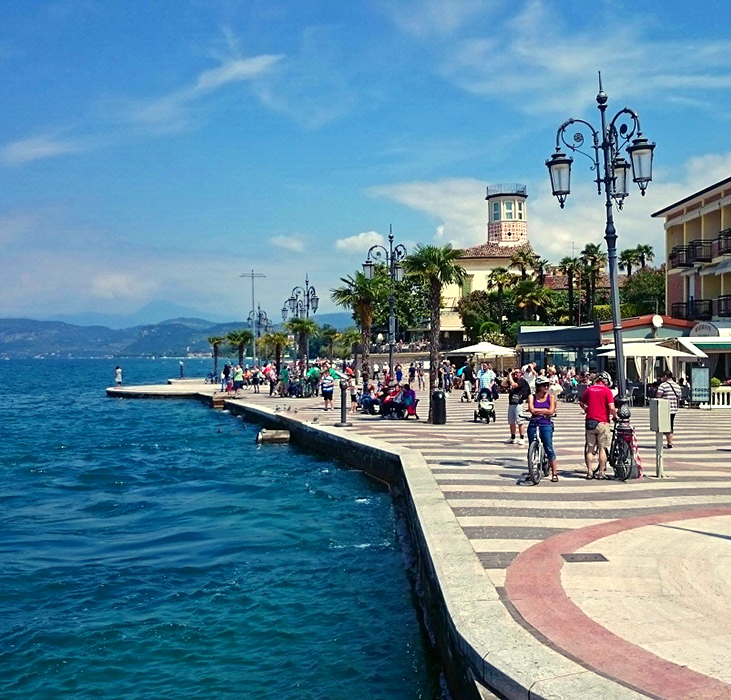 The village of Lazise stands on the southeast coast of Lake Garda, where the slopes of the Prealps soften in the morainic hills that embrace the lake in the south. Since ancient times, the good fortune of being surrounded by gentle hills and of being placed at the point where the distance between the Garda shores and the course of the Adige is minimal has made it an important inhabited centre, both from a commercial and military point of view.

Sporadic archaeological finds trace the first settlements back to the Bronze Age. In Roman times, the village was of considerable importance as a commercial hub for the traffic of goods between the western areas of the Po Valley and the Germanic region. During the Lombard reign, it seems that Lazise was part of the property administered by the monks of San Colombano of Bobbio. After the Frankish conquest and the foundation of the Holy Roman Empire, the Lazise community entered the territories assigned to the “Giudicaria Gardense” passing under the control of the Count of Verona.

In 983, the citizens of Lazise asked Emperor Otto II for permission to build a fortification to defend the village following the numerous Hungarian raids that had shocked the region in previous decades. In May of the same year, the Emperor issued a diploma where, in addition to allowing the construction of a castrum, he freed citizens of some taxes and assigned them fishing and transit rights. Lazise was then organized in a “Vicinia” with autonomy on administrative, economic and religious issues, leaving the authority of the county of Verona. These concessions, which the emperor granted to Lazise in exchange for the possibility of having a favourable stronghold for the imperial army in any military campaigns in the Po valley, made the village the first free Commune in Italy.
In 1077 Emperor Henry IV reiterated the tax exemptions granted a century earlier. At the end of the 12th century, Lazise came under the control of the Commune of Verona, maintaining most of the benefits it had hitherto held.
After Verona became a lordship, the great commitment that the Scaligeri family dedicated to the fortification of their domains, led to the reconstruction of the walls and castle of Lazise in the mid-fourteenth century. Walls and castle that have been preserved until today.

In 1387 the village suffered the siege of the Visconti troops who brought down the Scaliger lordship in Verona. In 1405 when Verona, freed from the Visconti rule, swore allegiance to the Republic of Venice, Lazise was the only village around Verona to rebel and the population gave up only after a siege by the Venetian troops.
Lazise remained under the control of the Serenissima until 1797, except for a short period between 1510 and 1516 when, during the confuse phases of the War of the League of Cambrai, it passed as a fiefdom of Giovanni Gonzaga.
During the almost four hundred years of Venetian rule, the village suffered two serious events: in 1528 it was sacked by the Lanzichenecchi of Charles V who returned to Germany after the sack of Rome in 1527 and in 1631 the village saw its population decimated by the plague that followed the routine raid of the Lanzichenecchi, who this time stormed Mantua.

In 1797 Lazise was incorporated into the Napoleonic Kingdom of Italy, and then, after the 1815 Treaty of Vienna, became part of the territories of the Austro-Hungarian Empire. In 1866, after the III Italian war of independence, it became part of the Kingdom of Italy.
The historic centre of Lazise develops within the Scaliger city walls, which still features the three ancient access gates, and presents the imposing Scaliger castle in the southwest corner. The small harbour has always been the nerve centre of the village. Here are the most important buildings, the 12th-century Romanesque church of San Niccolò and the Dogana Veneta. This building was built by the Scaligeri in 1329 with the function of arsenal to guard part of the lake fleet and then, in 1607, it was transformed into a customs warehouse for the storage of goods. 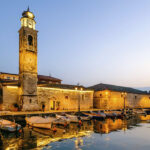 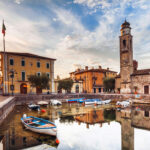 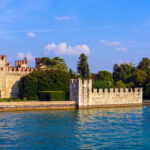 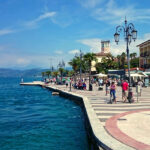