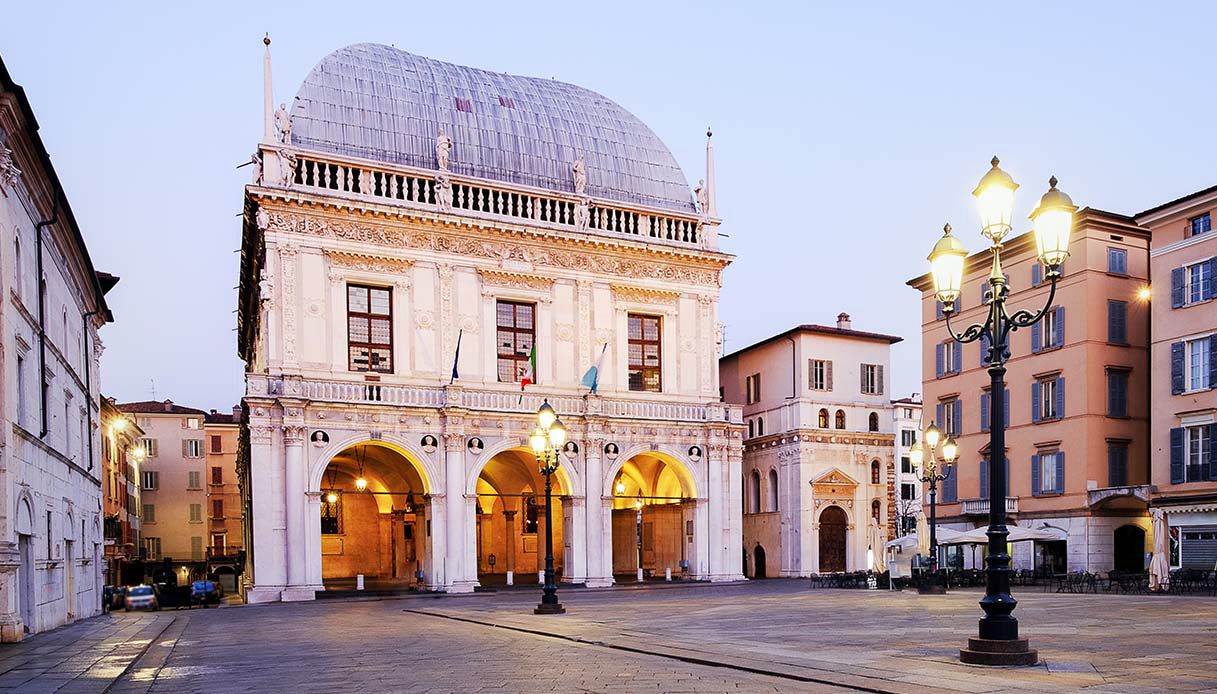 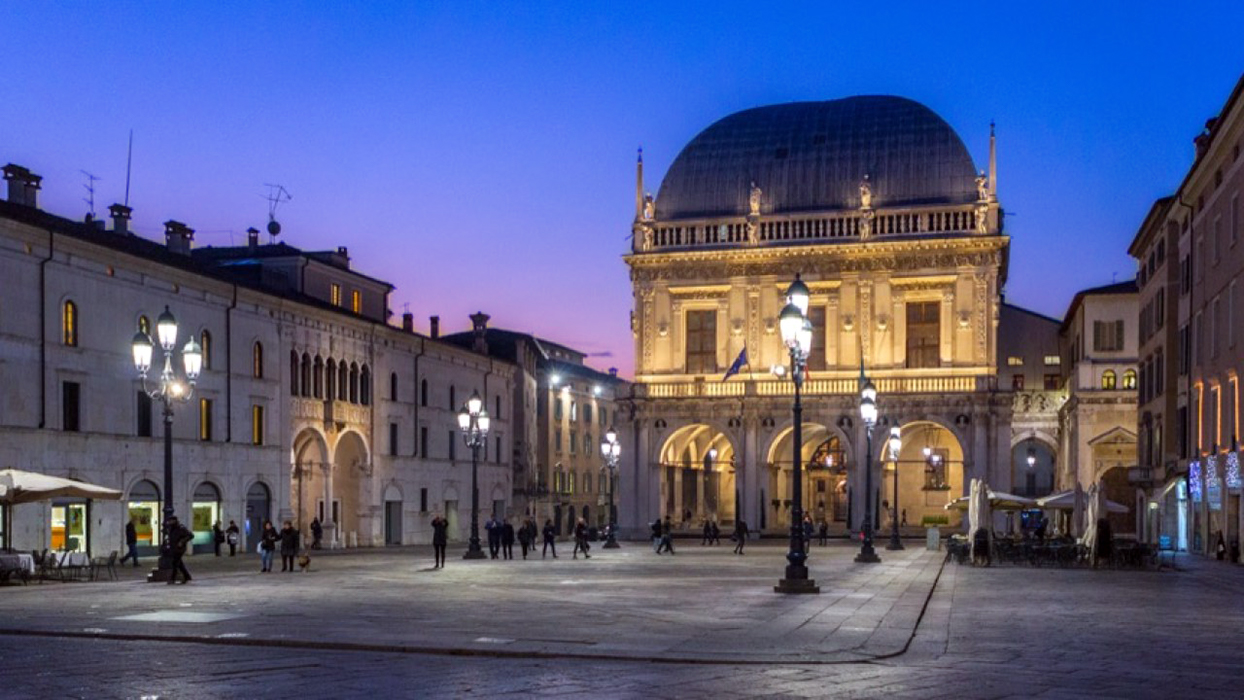 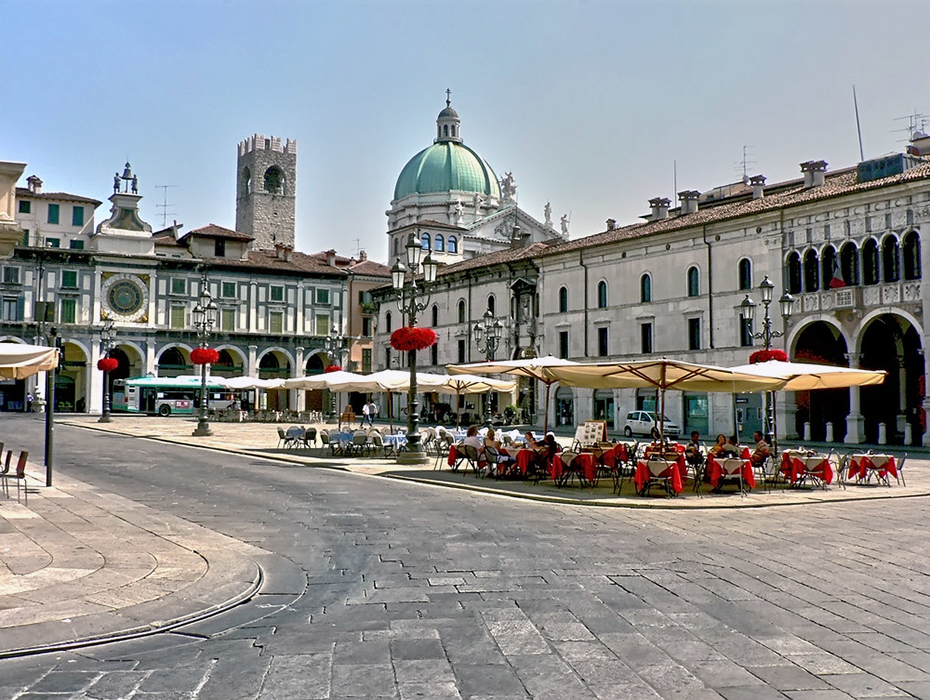 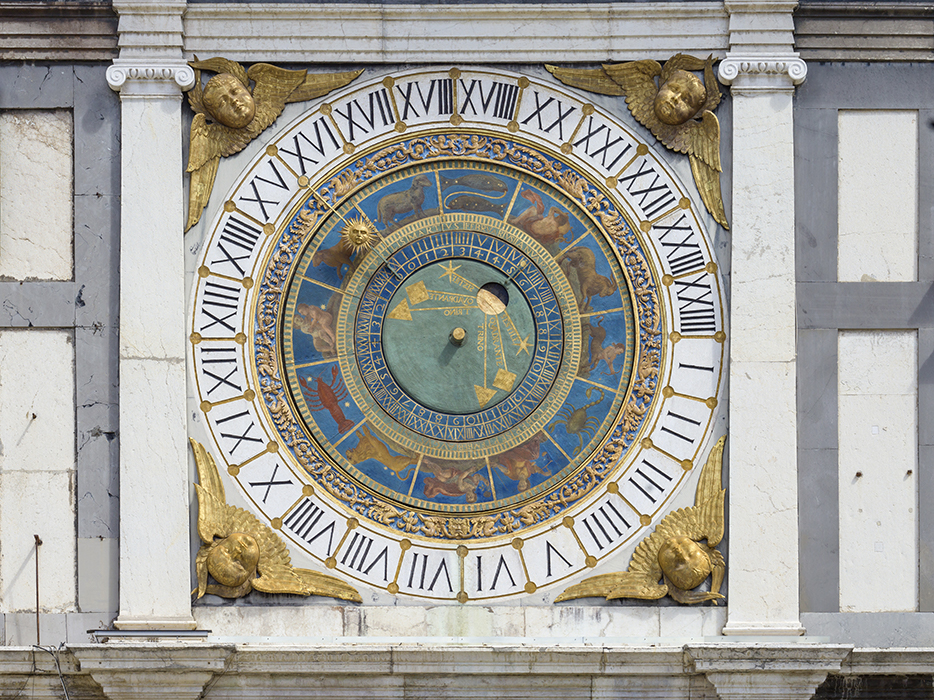 Piazza della Loggia is a Renaissance square in Brescia, designed in the 15th century to give the city a new administrative centre. We are in the western part of the city, just outside the city walls which in ancient times defended the Roman city. An area that during the Middle Ages had seen the expansion of the urban framework. The arch of the Porta Bruciata which gives access to the square in the northwest corner is evidence of one of the city gates from Roman times. In this area, there was already a square or an open space used for the town market. We are in the first period in which Brescia became part of the domains of the Republic of Venice, and under the pressure of the representatives of the Serenissima Republic, the town hall decided to equip the city with a new meeting point where to insert the main administrative offices.

The works began in 1433 and, in a couple of years, the gutting and paving works in the area proceeded rapidly. In 1435, when the conflict between the Republic of Venice and the Duchy of Milan resumed, Brescia was in a war zone and work was suspended. After 1454 and the definitive assignment of Brescia to direct control of Venice, under whose dominion the city remained, even with the brief time of the Cambrai League war, until 1797.

In 1484 work began on the construction of the public buildings which close the square to the west and south, the Palazzo della Loggia and the Monte di Pietà Vecchio. The Monte di Pietà Vecchio was finished in a few years. It is a building divided into two frames joined by a Venetian style double order loggia. The white marble facade of Botticino has the characteristic of incorporating ancient Roman epigraphs from the worksites in the area, making it the oldest civic lapidary in Italy.

The Palazzo della Loggia instead had a much longer construction phase. After a first project that suggested a wooden building, it was decided to proceed with a stone building. The works began in 1492. In 1510 they were suspended for the war of the Cambrai League. Brescia was directly part of the game, and when in February 1512 it was under the control of the army of the kingdom of France and tried to rebel, was cruelly sacked by French troops.

Work on the building resumed in the middle of the century and ended in 1574 with the accomplishment of the second floor of the building with a large hall. The wooden cover in the shape of a hull of a ship, designed by Jacopo Sansovino, which supported the ceiling decorated with three large paintings by Titian, was destroyed by a fire in 1575. In the 18th century, Vanvitelli redesigned the second floor of the building obtaining a large octagonal hall and consequently remaking the roof which was then rebuilt in 1914 following the original project.

On the eastern side of the square, between 1540 and 1550, the Clock Tower was built, certainly inspired by the one present in Venice in Piazza San Marco. Under the tower extends the portico which closes this side of the square and which was built in 1595. Finally, the Monte di Pietà Nuovo was built between 1596 and 1600.

In the north-eastern branch of the square, a monument, dedicated to the deads during the Ten Days of Brescia in 1849, was erected in 1864 on the place where until 1797 there was the column surmounted by the lion of San Marco. 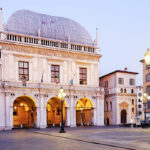 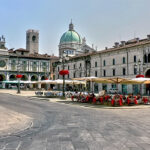 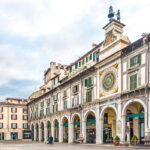 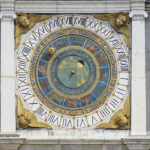 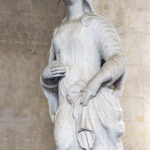